Could I Be Pregnant? 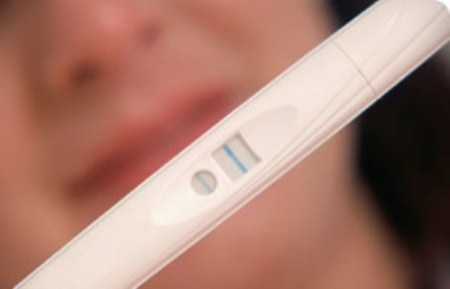 Most often times, that thought is a positive one, no pun intended. Sometimes however, it’s a scary one! My son’s pregnancy, although we were trying, came as a complete and total shock! Often times, when you are trying to get pregnant, you can often turn yourself into quite the obsesser of pregnancy thigns. Every little tingle gets read as a pregnancy symptom. It’s often frustrating to feel pregnant, knowing you’ve just got to be pregnant this time and yet when the stick hits the pee, it’s stark white. Then there are other times where you’re wanting it to be stark white and alas, there are two pretty pink lines.

Those two pretty pink lines could mean so many different things: excitement for the new pregnancy, or fear of raising a kid, or two! Things such as financial sides of child rearing or the forever commitment of being responsible for your child’s well being! Oh and don’t forget the fact of being pregnant then ultimately getting that little, or big, bundle of joy out into this world. Then once that baby is in this world, what in the heck do you do with it? Often times with pregnancy comes good ol’ mom advice. It’s like people smell it on you, they can just sense you’re pregnant and they’ve got a million and one things to tell you and if you don’t follow their advice, you won’t survive!

Pregnancy is often a roller coaster of emotions good and bad. Just know you’re not the first, nor last man or woman to feel that way! Men often experience the same, or different, sets of emotions upon a positive pregnancy test. Whether you’re embracing the pregnancy or still trying to warm it over, just remember to keep calm and you will survive, yes, even if you don’t follow Aunt Martha’s old wives tales!

Sasha Baron Cohen Celebrates His Birthday With Family On A Boat