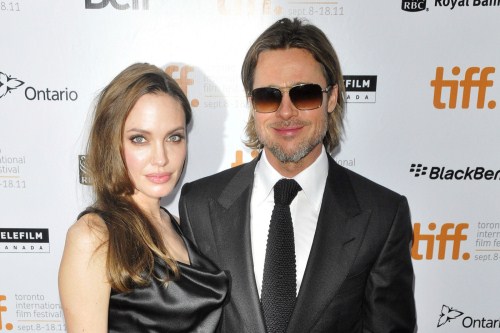 Brad Pitt is reportedly sick of his kids’ obsession with technology and wants them to spend more time playing together.

“The kids have five laptop computers that they share. Brad took them and hid them in storage,” a source said.

“He wants them playing in the dirt, reading books and interacting with each other.

“Brad believes their minds are turning to mush from staring at the screens all day.”

However, Brad’s war on computers was not well received in the Jolie-Pitt household with Maddox and Shiloh reportedly the most upset.

“The boys are into the video game Forza Motorsport 4 and the girls love Just Dance 3,” said the source.

“Everyone — especially Maddox and Shiloh — threw a hissy fit after Brad pulled the plug on their online fun.”