Madonna and Her Children Go To A Kabbalah Center 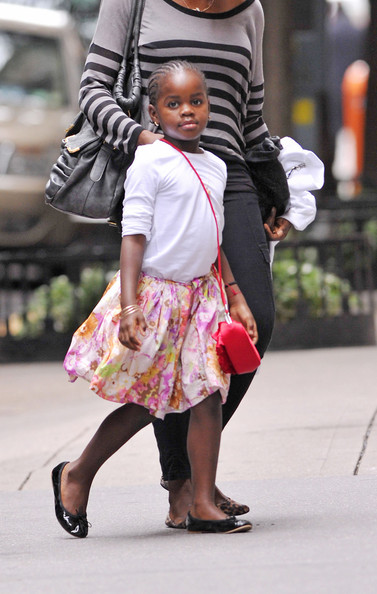 Madonna and her children David, Mercy and Rocco were seen heading to a Kabbalah center in New York City on Saturday.  Her children had a white clothing theme going on.  David and Rocco both wore all white while Mercy wore a white sweater with a floral skirt.

Madonna has hired a tutor to teach her French because it is the mother tongue of  her 24-year-old boyfriend Brahim Zaibat.

“Madonna is working on her album, but she is squeezing in French lessons too,” the Mirror quoted a source as saying.

“Her boyfriend is impressed, he thinks it’s sweet. She’s looking at properties in France,” the source added.