Kate Middleton is Pregnant With Twins? 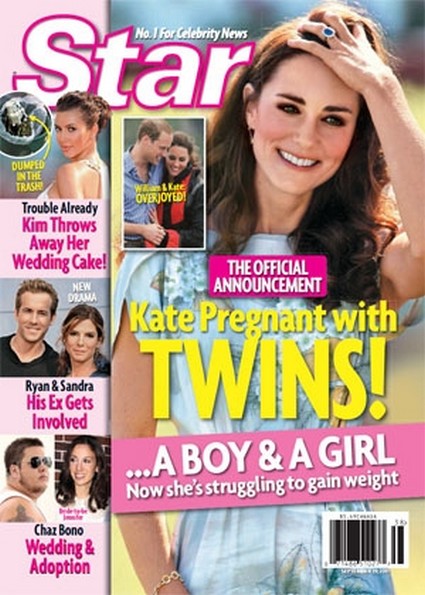 No official announcement from Prince William and Kate Middleton but Star Magazine claims they have one.  They claim that Kate Middleton is pregnant with not one baby but two.   They go on to say she is having a boy and a girl and she is struggling to put on weight.

Royal insiders believe that Kate will get pregnant within the first year of her marriage to Prince William.  Somehow I doubt that Star Magazine is the place they would be giving a confirmation too.   I am sure this is just speculation by Star to sell more magazine.

After all last week all the tabloids were claiming Kate was anorexic!  What do you think?   Is Star magazine just making this all up?