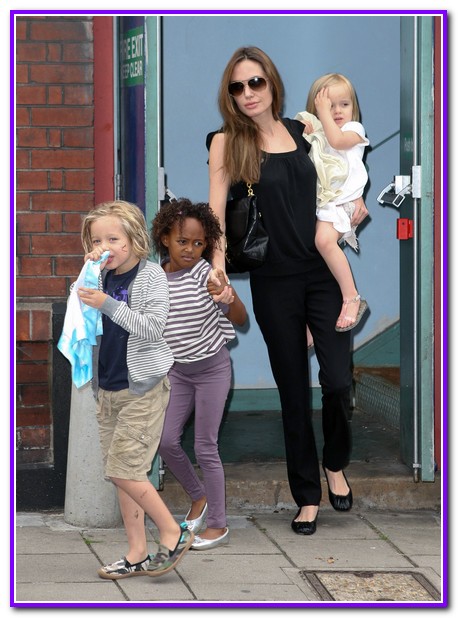 Brad Pitt is convinced that if he and his partner Angelina Jolie had not adopted their eldest daughter Zahara she would not have survived. Zahara was adopted from an orphanage in Addis Ababa, Ethiopia in 2005 when she was just six months old.

He said in an interview: “I have seen children suffer far beyond what we experience in America – like our oldest daughter. I know she would not be alive (if she had not been adopted). I know what care was available to her, and it was nil. I cannot imagine life without her.”

The couple have six children together three biological kids and three who were adopted.

Beyonce and Jay-Z Expecting a Girl?

Mel B Shows Off Madison For Hello Magazine