Nahla Aubry Pouts As Daddy Picks Her Up! 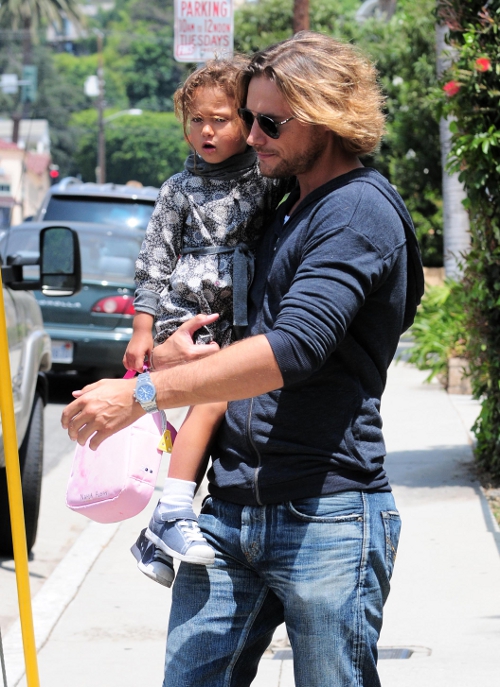 Nahla Aubry looks like she isn’t in the best of moods in the above picture as daddy, Gabriel Aubry, made his usual rounds to pick up her up at her usual during-the-day hangout spot (probably daycare) in West Hollywood.

This is the second time we’ve seen little Ms. Nahla work an attitude — and both times it’s been while she’s with The Dad Unit. So, what’s the deal with Nahla. Is she just photog shy, or is she just a lil’ sour about the whole daddy-and-mommy-are-breaking-up situation?

Some might think kids are too young to pick up on those sorts of things, but I’m fairly certain kids — no matter their age — have the ability to pick up certain vibes. And, my guess, there have been some volatile vibes circulating in the worlds of Aubry and Berry.

What do you all think? Thoughts? Opinions?

Bronx Wentz Does A Quick Coffee Run With Nanny