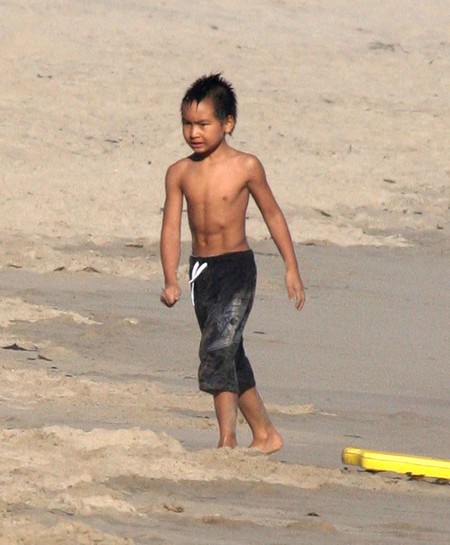 Brad Pitt & Angelina Jolie‘s10 year old adopted son Maddox Jolie-Pitt has landed his first film role.  He will be playing the lead in ‘Battling Boy’. The movie is based on a graphic novel that is being produced by Brad Pitt’s Plan B company.

A source said: “Maddox lives, eats and breathes movies and comic books, so Brad and Angelina thought he would be perfect for the starring role.”

Angelina has previously praised Maddox – the eldest of the six children she raises with Brad – as a “real intellectual”.  She said: “Maddox is a real intellectual, which I can take no credit for genetically. He’s great at school, great at history.  He feels like he could be a writer or travel the world and learn about places and things.”

Nahla Aubry Pouts As Daddy Picks Her Up!