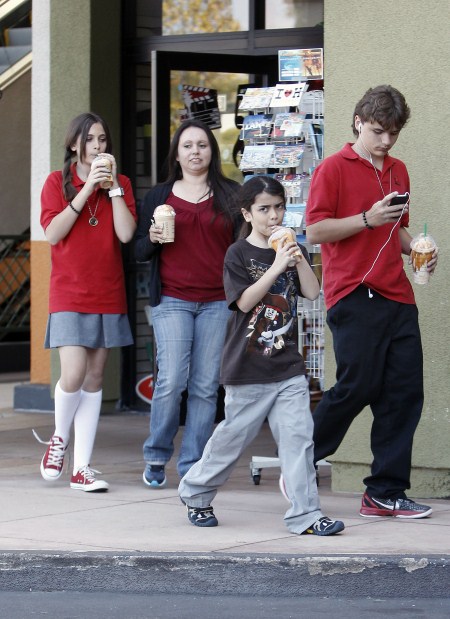 Michael Jackson’s children will be attending a tribute concert dedicated to their father in Wales.
A Jackson family representative said, “Paris, Blanket and Prince have been asked to attend the MJ Tribute in Wales and they have decided to go.”

The rep adds, “They are extremely excited and they’re hoping they will have the opportunity to contribute in some way by making a speech.  Nothing has been set in stone yet for how they can help, but they really hope they can. ”

However, Jermaine and Randy Jackson do not support the decision. They feeling the the timing of the tribute inappropriate.

“We find it impossible to support an event that is due to take place during the criminal trial surrounding Michael’s death.”