Gabriel Aubry and Nahla — Some Tension Between The Two? 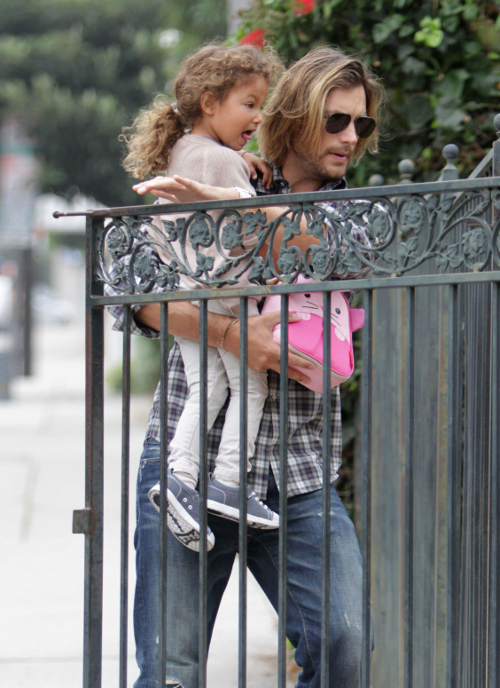 Gabriel Aubry was seen taking — or trying to take — what appears to be a borderline unhappy Nahla around L.A. yesterday. She seems — how shall I say this — a tad . . . unhappy? I mean look at at that ferocious tongue sticking out LOL. Oh, and I’m imagining screams as well. I bet some screams were definitely pouring from that mouth of hers. Looks like we got some tension in the air.

Maybe poor lil’ Nahla is picking up on the frustrated vibes being produced by the ongoing custody battle between her mother, Halle Berry, and her father. Ya never know.

Gabriel doesn’t look at his tip top best either. Lookin’ a bit stressed out there. Looks like he could go for a long, hard nap. What do you guys think? Just one of those trivial child outbursts, or has the family finally started to feel the aftershock of the breakup?

Tom And Suri Cruise Head Out For A Playdate!