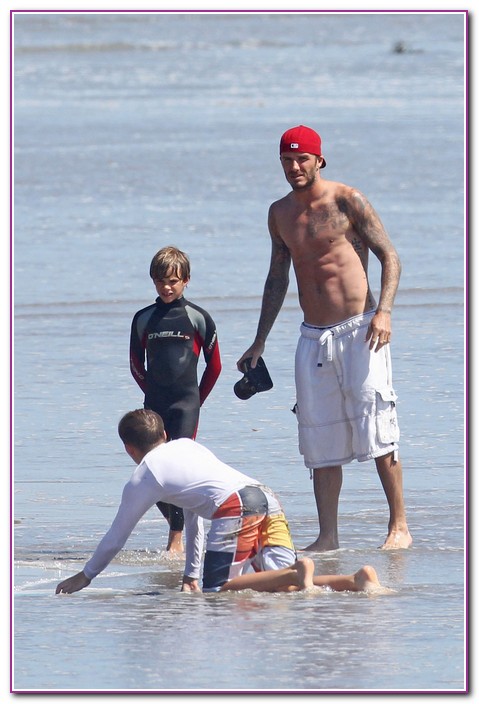 David Beckham has hired an armed bodyguard to protect his family. He was spotted being protected by a minder, who was wearing an openly holstered pistol and is thought to be an off-duty policeman, on Malibu Beach in Los Angeles as his sons played in the water.

“I can’t comment on any individual case, but the practice of celebrities hiring off-duty officers for private security purposes is common practice here,” said a spokeswoman for the Los Angeles Police Department.

Freelance photographer Mike Kamara saw the bodyguard and explained the gun was clearly visible on the outside of his clothes.

“I didn’t notice him at first. He kept in the background very discreetly. But I noticed him when David walked over and handed him a plastic toy that the youngsters had been playing with,” he said.

“I saw immediately that he was openly wearing a holstered pistol on his right hip. You couldn’t fail to see it against his blue cargo pants and white shirt.”