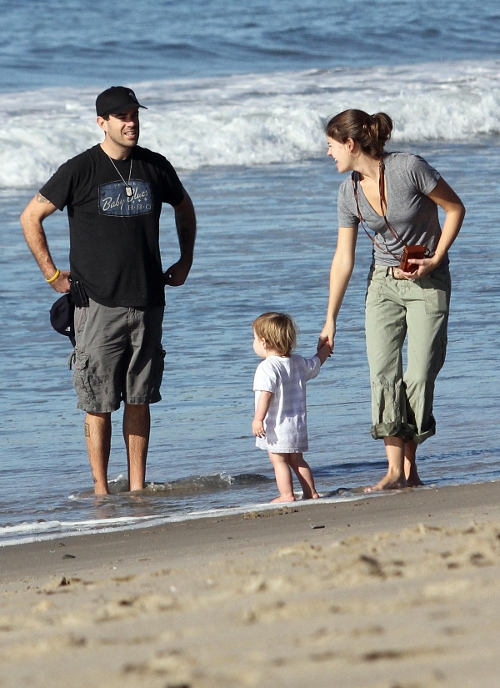 If any of you follow Carson Daly on Twitter, you might have stumbled across this perplexing August 21st tweet: “Ppyt.” Now for those of you who were puzzled all of yesterday, and pouring your blood, sweat, and tears into the solving of this mystery . . . consider yourselves saved.

HAHAHA. Awesome. Carson, you really need to get Jackson a Twitter account. Like RIGHT NOW. I mean, let’s be honest with ourselves, his tweets would probably make more sense than Snooki’s tweets, right? Sorry, I just had to say that. I still <3 the Snooks.

FYI: the above picture of Carson and his family is not a recent one.

First Look at Victoria Beckham and Harper Seven Out