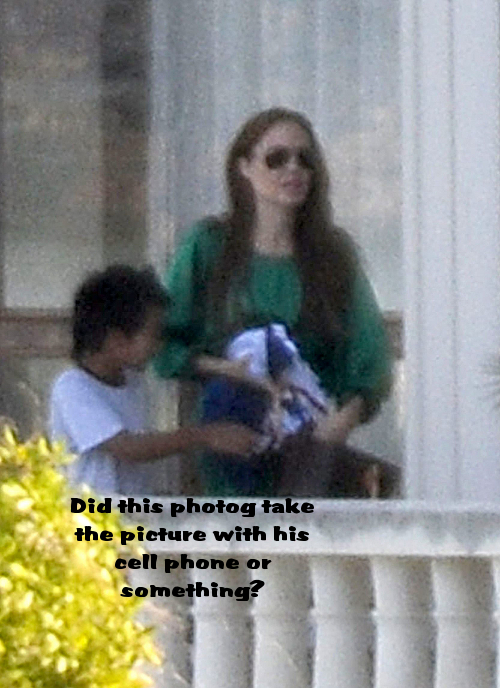 Angelina Jolie was seen leaving Brijuni, Croatia recently with sons Maddox and Pax, as well as the kids’ nanny. This is probably one of the poorest quality paparazzi photos I’ve seen in a while, so we apologize for the crappy quality. But, trust us when we say: that is Angelina rockin’ some intense aviator sunglasses.

While in Croatia, Angelina met with the President of Croatia and even spared a few minutes to catch a production of King Lear, which starred Rade Serbedzija.

Her and President Ivo Josipovic talked extensively on the nation’s ongoing problems with landmines — a problem that’s remained since the country’s war of independence, which occurred in the 1990s.

Cash Warren Has a Father-Daughter Day With Honor