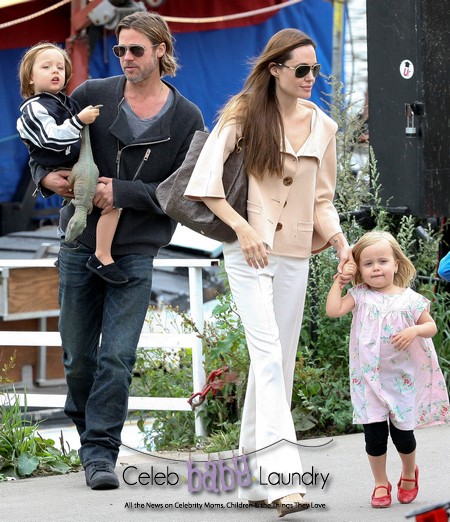 According to reports, Angelina Jolie and Brad Pitt have hired a therapist to help son Pax with his aggression problems.  The couple have caught him bullying his siblings.

“He’s become something of a bully,” a source said.

“He picks on Shiloh, and even his big brother, Maddox. He’s having a tough time getting along with his siblings.

“He’s having a difficult time with the constant schedule changes and with the fact that people stare at him whenever he’s with his parents.”

Meanwhile, Brad and Angie won’t be walking down the aisle anytime soon.

“Brad and Ange may well get married but it won’t be any time soon,” said one insider.

“They are both busy with work projects and the kids so wedding plans are not high on the agenda. They have talked about it and it’s become something of a family joke. It may yet happen some day but even then it’s very unlikely to be a conventional wedding.”