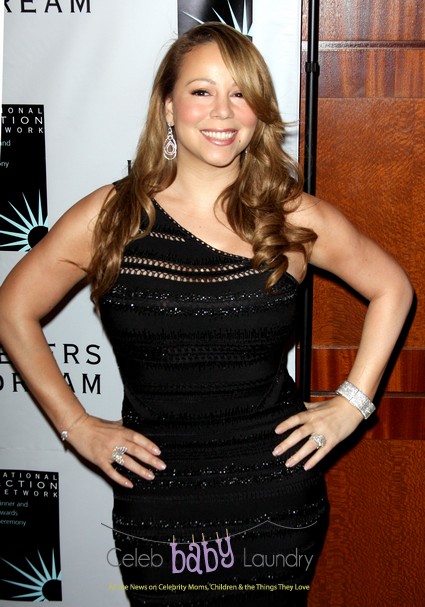 Mariah Carey, 41, and husband Nick Cannon welcomed twins Moroccan Scott and Monroe into the world on April 30, 2011.  Mariah has admitted that er pregnancy was a “difficult time.”

She said: “February was bleak for me. I was so uncomfortable.  Being pregnant with twins is different than anything. They were always saying to me, ‘Oh but it’s so worth it,’ and I’m like, ‘Yeah, that’s easy for you to say when you’re not the one whose feet are so big.’ It turned into a really difficult time.

Because my body went through so much holding those twins in; you have to keep them in as long as possible because it’s a sacrifice that you make for them, and so literally I was like 47 weeks pregnant.”

Mariah made the comments when she was on HSN to promote her jewellery line and advised fathers to buy their wife’s presents to thank them for carrying their children.