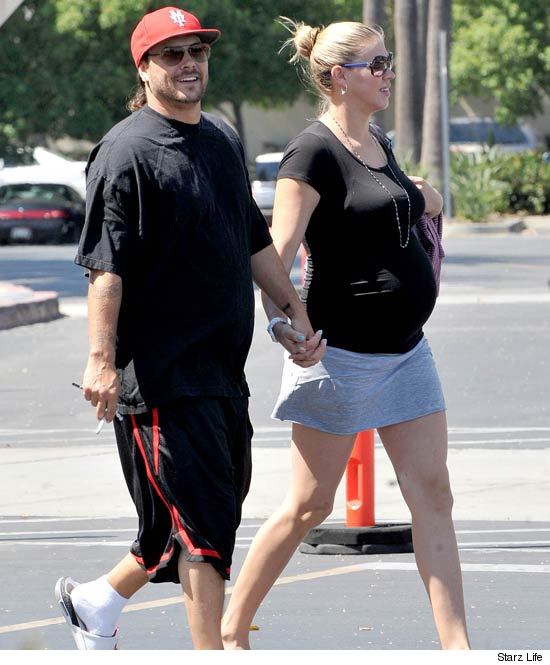 Kevin Federline was spotted with his very pregnant girlfriend Victoria Prince. The couple were on their way to the movies in Calabasas on Wednesday afternoon.

When Kevin’s ex wife, Brittany Spears, found out that Victoria was pregnant, she was reportedly “very jealous.”

The baby girl is due for August 8th. While this is the first baby for the couple, she will be the fifth for K-Fed. He also has children Jayden, 4½, and Preston, 5½, with Spears; as well as Kaleb, 6½, and Kori, 8½, with ex-girlfriend Shar Jackson.