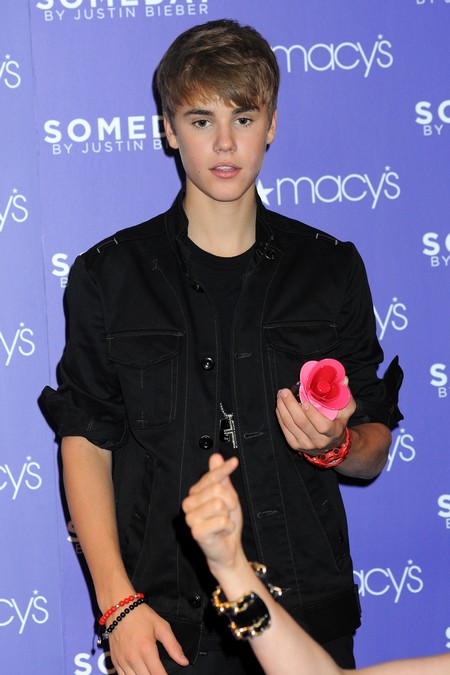 Justin Bieber, 17, looks like he might have the best selling perfume of 2011.    His new women’s perfume Someday generated $3 Million in less that thee weeks at Macy’s in New York.  Experts are saying it is the most successful celebrity fragrance launch in history.

An analyst said: “If it sustains this momentum, it will become the number-one-selling fragrance of 2011. We haven’t seen anything like it since [Jennifer Lopez’s] Glow and [Britney Spears’] Curious.”

To launch the fragrance Justin made a personal appearance to Macys and took pictures with fans.  This is believed to be the reason the perfume sales were so high.

The fragrance was created through Give Back Brands – a company designed for entertainers to use to raise money for good causes – and the proceeds will go to several charities, including the Make-A-Wish Foundation and Pencils of Promise, an initiative which builds schools.

Jennifer Garner and Ben Shoppin’ At The Farmers Market