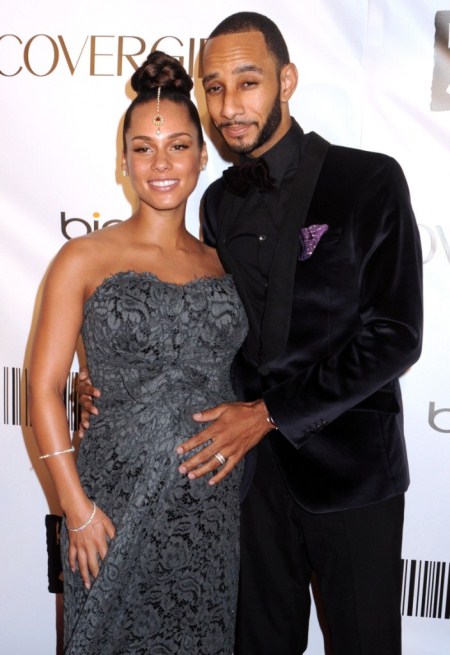 Alicia Keys says her son Egypt loves to laugh and already has an mature sense of humor.

“He loves to laugh! [He laughs] at everything. I’ll say a joke that’s totally a grown person’s joke and he’ll laugh. I’m like, ‘Ha! You get me,’” she tells.

“I do silly noises on his cheek and he’ll just crack up,”

“A person making a silly face, me tickling him – he laughs at everything.”

Adds Keys,  “If he wants to laugh, he’ll egg you on, so that you’ll start to make him laugh. … He has one of those big Gerber baby giggles, and it’s huge and perfect.”

Keys says he’s able to handle her busytraveling schedule. “He’s a rock star champion flyer. I can take him on a six or seven hour plane or if we take the train from Paris to London, he rolls with it. His temperament is super cool.”