Justin Bieber Is A Big Fan Of Country Music 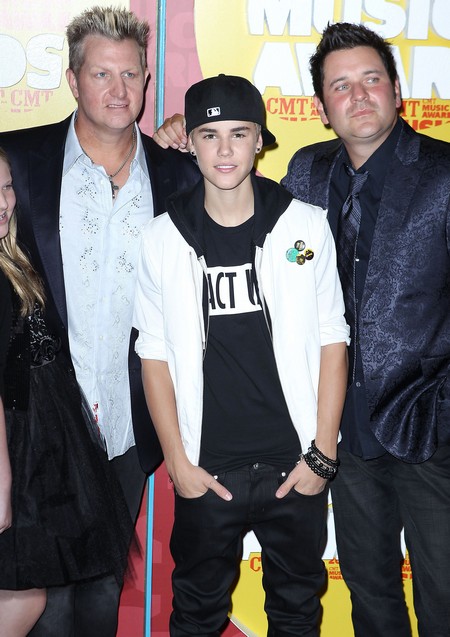 Who knew Justin Bieber is a little bit country?  Apparently The Biebs is a closet Country Music fan.  Justin who scooped the ‘Collaborative Video of the Year’ prize alongside Rascal Flatts at the 2011 CMT Music Awards (pictured above at the awards), told MTV News that he was happy to attend the ceremony as the genre means a lot to him personally.  Not only is Justin a big fan of country music but so is his mom.

Justin’s collaboration with Rascal Flatts ‘That Should Be Me’  video which features a behind-the-scenes look at the making of the track beat out a lot of big Country stars including Kid Rock and Sheryl Crow and Miranda Lambert and Loretta Lynn.  Justin described winning as an incredible honor!