January Jones Pregnancy Was Not A Surprise 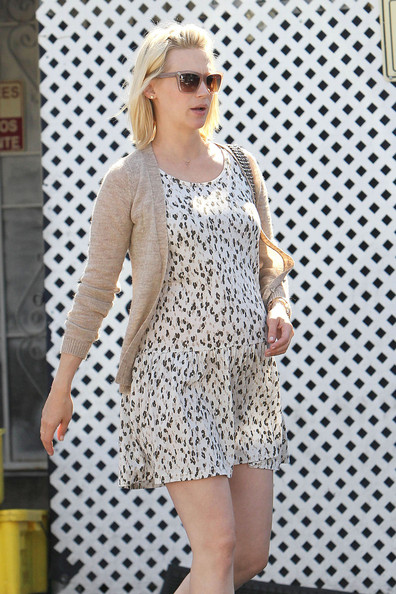 January Jones surprised fans when she announced she was pregnant.  She is single and has refused to publicly name the father of her baby. However, it sounds like her friends and coworkers were not that surprised.

In a recent interview, Mad Men creator Matthew Weiner said,  “She has wanted this very badly.”

“She’s got a big heart and she’s been talking about having children since I met her, which is not always common with actresses.”

Weiner is still thinking of ways to deal with Jones’ growing bump on the show:  “I have to do something about it, but I’m not going to tell,” he said. “It could be laundry baskets or it could be a body double. There are a million things you can do.”

Chuck Lidell Stays in Shape With His Children