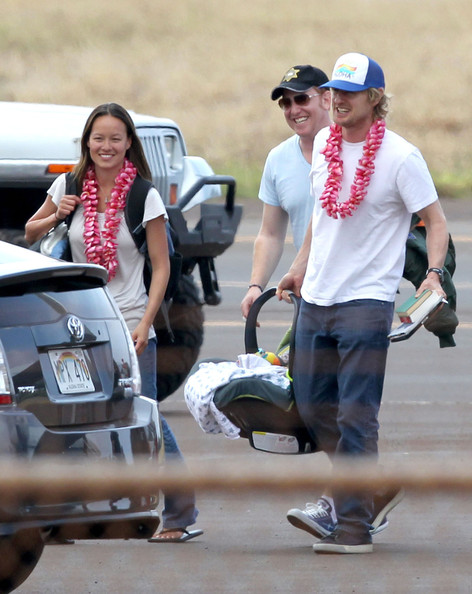 Jade Duell and Owen Wilson are reportedly splitting up. Apparently, Wilson was unable to commit even though Duell  gave birth to their son 5 months ago.

“Owen wanted the freedom to do what he wanted with his friends, both male and female, while remaining a family unit with Jade and the baby,” a source states. “But Jade wasn’t willing to go along with that, so Owen decided to end things with her instead of cheating behind her back.”

Owen, announced in January that Jade was going to have his baby. The announcement came just four days before she gave birth, and it shocked everyone. Nobody seemed to know the pair was even dating!

Even with the sudden pregnancy, Owen seemed to embrace his fatherhood.

“They’re so fragile, but then when it is your own, all of a sudden you feel a lot more confident. You really do have this bond, this real connection with this thing that a month ago wasn’t even here. It is strange… Their cries are like beautiful music!”

Too bad Owen can’t have that same bond with Jade. Hopefully the two can remain civil for their son’s sake!