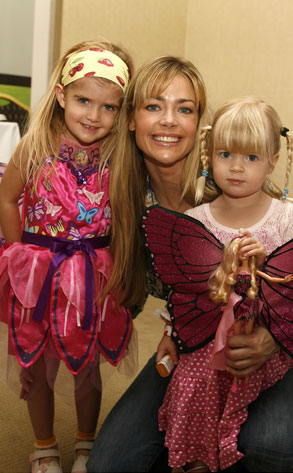 Denise Richards has adopted a baby girl.  Richards named her Eloise Joni after her mother who lost her battle with cancer in 2007.

Her rep told US Magazine that, “Denise and Eloise’s big sisters couldn’t be happier and feel incredibly blessed.”

According to her rep, Eloise was adopted from the United States.

Denise Richards has two children with her ex-husband Charlie Sheen.

Jada Pinkett Smith Open’s Up About Her Kid’s Success