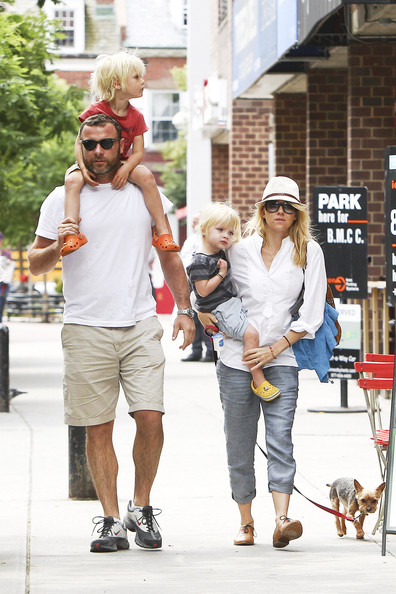 Naomi Watts and Liev Schreiber took the whole family out in Tribeca, NYC.  Even the family dog came!  They were heading to a fruit vendor, so they could pick up juice. Watts held on to younger son Samuel while walking the family dog. Liev carried Sasha on his shoulders.

The two are not officially married.  Their first son Alexander Pete was born on July 25, 2007.  They call him Sasha, a Russian nickname of the name. On December 13, 2008, Watts gave birth to Samuel Kai. Watts stated in April 2010 that the pair would have a third child if they could guarantee a baby girl. 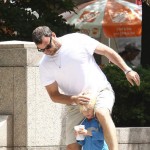 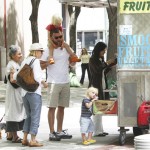 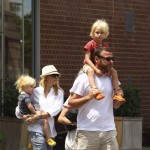 Guess Who Our Celeb Mom Is?