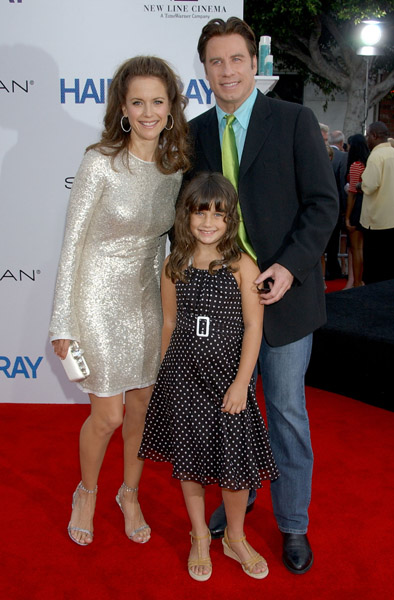 John Travolta has a daughter who is 11, Ella Bleu, and a baby boy of just five months, Benjamin. He admits that his kids have them wrapped around their little fingers. He says he loves it!

“I’m a bit of a pushover,” Travolta, who will be starring in Get Shorty, admits. “I love being a dad. There’s no downside to it. Everything about having a baby is wonderful – holding him, singing to him, being with him and his sister. Just quiet family time. It’s the best – it’s pure joy.”

John is married to actress Kelly Preston and says that we wishes to give his kids the same memories he had growing up with a happy childhood: “My parents were so supportive of my sister, brothers and I, and I loved them for it. Now it’s my turn. I’ve learned a great deal from being a dad and hanging out as a family.”

If you recall, Travolta lost his 16-year-old son Jett just two years ago in 2009. “It has been rough but you work hard at healing,” he said of his son’s death. Best wishes to John and his family in the years to come!