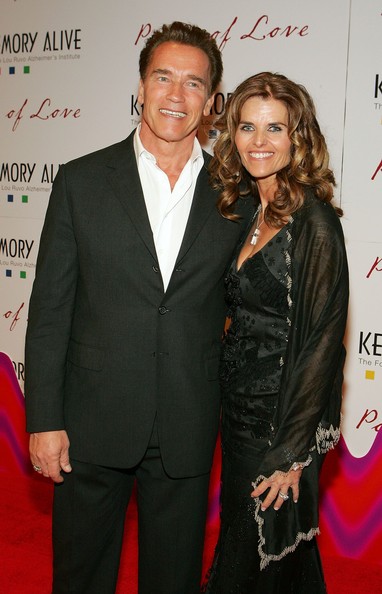 The reason for a seperation between Arnold Shwarzennegger and Maria Shriver has come out. Supposedly Shwarzennegger is the father of the child that one of the family workers, named Tammy Baker-Tousignant, birthed ten years ago. T he baby boy was covered up because this female worker, who has been with the family for two decades, is married and said that the baby was her husbands. Shwarzennegger is now coming out with this information after his term of governor is up.

“After leaving the governor’s office I told my wife about this event, which occurred over a decade ago,” Schwarzenegger said Monday night in a statement issued to the New York Times in response to questions. “I understand and deserve the feelings of anger and disappointment among my friends and family. There are no excuses and I take full responsibility for the hurt I have caused. I have apologized to Maria, my children and my family. I am truly sorry.”

After learning this news, Shriver asked Arnold to move out, but he refused. She immediately packed up and went to stay at a hotel. One of the worst things is that Shriver has known the little boy since his birth, and just recently learned in January that it was her husband’s. So how did it stay a secret for so long?

“They always had separate bank accounts,” The Daily Beast source says. “They did not co-mingle their money, and the reason for this was that Maria felt strongly that if she had her own money she could always walk out the door if something happened. But when you have separate bank accounts it’s very easy to keep secrets from one another.”

Supposedly Tammy and Arnold appeared to be close friends to others, but nobody suspected a scandal this large. A source stated, “she was in her mid-20s when she and Arnold first met and struck up a friendship. She was a flight attendant aboard a private aircraft that Arnold frequently chartered. While Arnold was married, he was smitten by her bubbly personality. She was equally smitten by his celebrity status.”

I don’t think anybody expected the reason behind the split of Maria and Arnold’s 25-year marriage to be something this scandalous. What a shock!