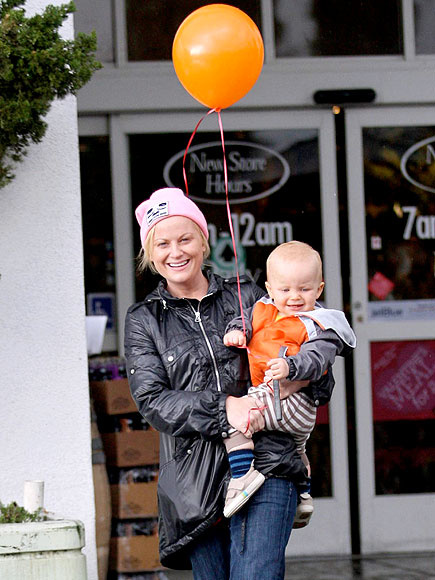 Amy Poehler, who is the mother of two, has said goodbye to late nights out with husband Will Arnett ever since becoming a mom. She quit her role on Saturday Night Live back in December of 2009 after being in over 140 shows. She quit just two months after the birth of her first son and instead took the lead role in Parks and Recreations in order to be a better mom.

Poehler is the mom of boys Archie William Emerson, 2½, and Abel James, 9 months. Since the birth of the boys, Amy has quickly learned what does and doesn’t work in keeping her boys occupied. “I’ll bring my Blackberry and everybody wants it,” she explains. “But bring one that’s a few seasons old for them to play with and they look at you like, ‘Nice try.’ Even kids under two seem to have a sense for technology and what the latest product is.”

“I’m just another supermom!” she jokes about her ability to keep her kids in check and always busy. “Who am I kidding? I’m lucky to get everybody out the door without Cheerios stuck to their pajamas.”