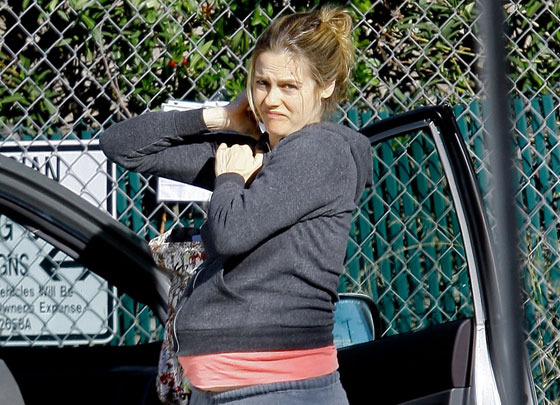 Alicia Silverstone and husband Christopher Jarecki have been reported to have had their baby! Silverstone, best known for her role in Clueless, has not yet confirmed the news yet, but it has been reported that the 34-year old has in fact delivered the couple’s first baby.

The mommy was said to have had a water birth at an LA-area birthing center. This all happened Friday, and the actress is already home. What a Mothers Day present!

While pregnant, Silverstone has been promoting her new diet book called, “The Kind Diet.” This book is specifically focused on a vegan diet. The couple, who has been married for five years, had confirmed that they were expecting back in January.

“I’ve been wanting to have a baby since I was 2 years old,” she said in an interview just last year. “I’m destined to be a mother.”