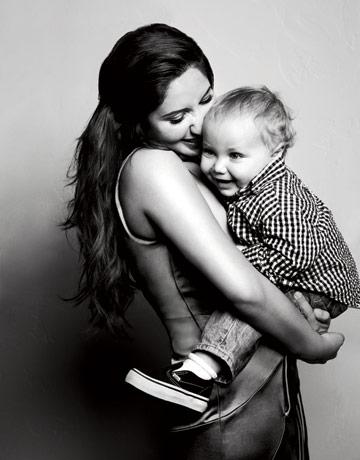 Teen and unplanned pregnancies and seem to be taking the media by storm! If its not MTV making fools out of teen girls on 16 and Pregnant or Teen Mom, it’s one of the Kardashians getting knocked up by their on-again off-again boyfriend. One of these infamous scandals is tied in with politics.

Yes, Bristol Palin. Bristol, Sarah’s daughter, became pregnant with her now-ex boyfriend’s baby  2 years ago. Now Palin and her son, Tripp, are getting their own TV show. BIO has confirmed that they have ordered for ten 30-minute episodes for a show that is yet to be named. Bristol and her son are starring alongside her former Dancing with the Stars cast mate, Kyle Massey.

The new TV show will follow Palin and Tripp when they move from Alaska to Los Angeles. They will be rooming with Disney Channel’s Kyle Massey, 19, and his brother Chris, 21, who will also be helping with the organization. David McKillop, who is BIO’S Executive VP of Programming, has praised the perfect fit that Bristol has for reality TV.

“Bristol is the kind of personality BIO is drawn to,” McKillop said in a statement. “Her personal life has been playing out in the media for several years but this will be the first time she’s opening up her real life, with her son and friends the Massey Brothers.”

The show is set for release at the end of this year. Watch out Kourtney Kardashian, looks like Bristol is out for your career!