Justin Bieber Says His Trip To Israel Was ‘A Little Rough’ 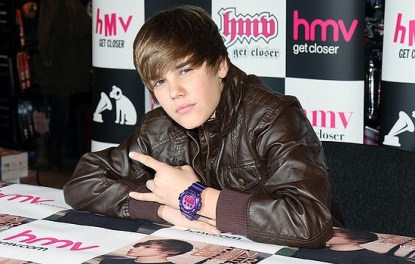 Justin Bieber has thanked fans in Israel for their support after admitting his trip to the country last week was “rough”.

Justin made headlines when he vowed to stay in his hotel and cancelled plans to visit landmarks in the holy city of Jerusalem after he was mobbed by paparazzi upon arrival in Tel Aviv.  Apparently the Israeli press managed to upset the equilibrium of young Justin as he explored his Christian roots.  He felt that the paparazzi should refrain from hounding him at holy sites – they seemed to disagree!

He later managed to avoid fans and photographers by visiting Jerusalem in the early hours of the morning after his gig in the country on Thursday – and now Justin has told of his joy following the trip.

In a post on his Twitter.com blog, Bieber writes, “Israel we started off a little rough…  But thank u for a week I will never forget.  It’s an incredible place.  Thank u.  The fans here have been incredible… .  The show was amazing… And the place is truly special.  My family and I will never forget this week.”