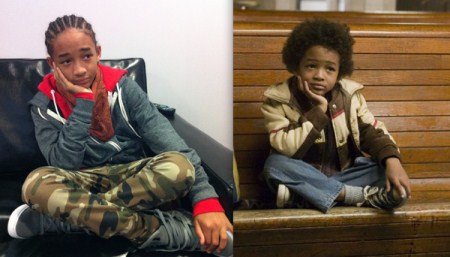 Will Smith and Jada Pinkett Smith’s son Jaden Smith has now joined twitter.   Apparently his pal Justin Bieber has been trying to convince him and he finally took the jump.  He already has 204,288 followers and tweeted, “wow thanks for all of the followers you fans are awesome! “

Justin trying to get Jaden followers tweeted : “everyone follow @officialjaden and get him to 500,000 followers today!”  The picture above was also tweeted on twitter by Justin Bieber with the comment, “My boy @officialjaden looks the same as he did when he was 6 hhaha (photo shot by me)”

Jennifer Aniston Has Been Having A Baby For Years Now!