Why Helen Mirren Did Not Have Children 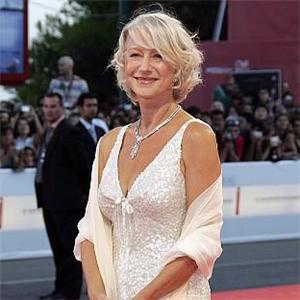 Dame Helen Mirren never wanted children in case they grew up to be like her since she was a self-described troublesome teen.  Helen, who has been married to film director Taylor Hackford for 13 years, admits she considered having kids to serve as a “memory” of some of her previous relationships but is certain her decision not to be a parent was the right one.

She explained to Saga magazine: “There were men in my life with whom I would like to have had children – this lovely little thing as a memory of this or that relationship.”  “But children grow up and become emotional attachments.  They don’t want to see you and they behave like I behaved as a teenager.”

The 65-year-old star also revealed that she decided against the “encumbrance” of becoming a mother because she wished to maintain her own identity and freedom.

She said: “I just want to be ‘me’. There is something wonderful about knowing I can do what I choose, work commitments notwithstanding, without encumbrance.  “I always did – and still do – value my freedom too highly.”

Helen has previously confessed to having had a rebellious youth, including having a tattoo, which she admits was a drunken mistake done to shock people.

She said: “I was very, very drunk. It was a very, very long time ago, when only sailors and Hell’s Angels were tattooed, honestly, and prisoners.”  “I decided to get a tattoo because it was the most shocking thing I could think of doing.”