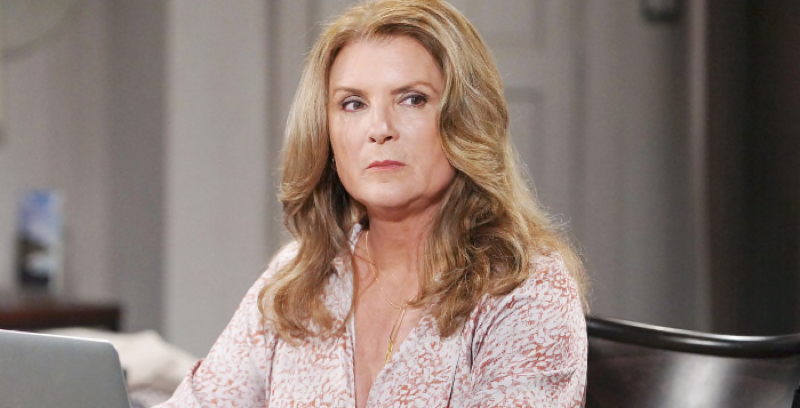 The Bold and the Beautiful (B&B) spoilers document that Sheila Carter (Kimberlin Brown) continues to live in a fantasy world. She genuinely believes what happened in the alley behind Il Giardino was an accident.

Sheila also appears to believe that she is the victim, rather than her two leading enemies, John Finn Finnegan (Tanner Novlan) and Steffy Forrester Finnegan (Jacqueline MacInnes Wood), who she shot and left for dead.

Kudos to B&B’s writing staff for presenting Sheila’s old, newer, and emergent protection layers. Mike has been Sheila’s ally for years. He more recently helped her maintain Finn while he was recovering from the shooting and served as a jailhouse dupe so she could beat the escape rap.

Deacon is Sheila’s newer protector, who harbored the then-fugitive from justice at his apartment. Without Deacon, Sheila would not have had time or space to meet her emergent ally, Bill, whose money and power procured her freedom.

Mike is no threat. Deacon could become that if he becomes jealous of Bill. Diamont’s character is arguably a greater threat than anyone else because he has apparently gained her trust.

Brooke Logan (Katherine Kelly Lang) was badly wronged by Sheila slightly over a year ago. The champagne bottle switch produced terrible consequences in Brooke’s life, and Lang’s character is teased to make a threat against Sheila.

Eric Forrester (John McCook) has forever regretted hiring Sheila to be a nurse at Forrester Creations and later marrying her. He thought Brown’s character was handled in the recent past when he and Quinn Fuller (Rena Sofer) forced Sheila out of the mansion and seemingly out of town.

McCook values his family more than anything. The renewed Sheila threat and her connection to the family enemy, Bill, will not sit well with Eric. He is capable of stopping Sheila if necessary. 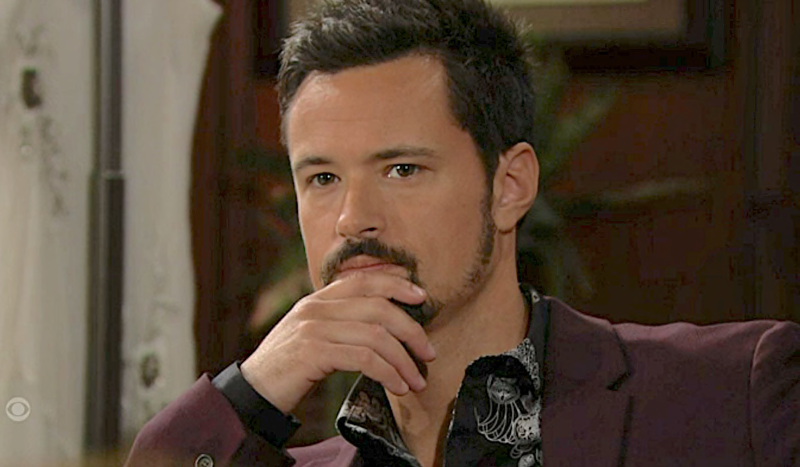 Thomas Forrester And Other Wild Cards

Thomas Forrester (Matthew Atkinson) is the likely wild card in this storyline. He was voted out of FC and is alienated from his family because of framing Brooke. Atkinson’s character could redeem himself if he brings Sheila down.

Sheila’s storied history is so deep, and runs through two shows, including The Young and the Restless. So, almost anyone she crossed, including Sheila’s other children, could be the greatest threat to B&B.