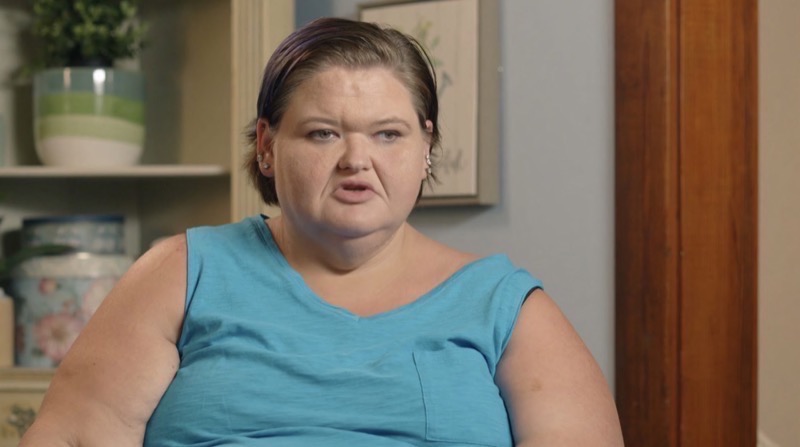 1000-Lb Sisters spoilers for season 1 of the show revealed that all Amy Halterman wanted was to become a mom. So much so, that her desire helped her meet her target weight for gastric surgery. Just over two years ago, she welcomed her first child, Gage. Then in July this year, her second child, Glenn Allen made the family complete. Currently, she has no plans of having more children and focuses on making memories with Gage.

Season 4 of the TLC show will feature Amy, but it seems that the focus will be more on Tammy Slaton. If you don’t know, Tammy recently became, engaged to a guy named Caleb Willingham. Actually, they didn’t hang about, and they already tied the knot. Obviously, teasers for the show reveal the season will cover that. Amy attended the wedding, but it’s not clear if fans will see as much of her as before. After all, she admitted that being a mom and filming is a bit of a strain.

1000-Lb Sisters star Amy is all about dedicating her life to her husband and her kids. And why not? After all, she devoted many years of her life to her sister, Tammy. Not that Tammy seemed to appreciate it. In fact, she seemed jealous because Amy lost weight and made a beautiful family. Now that Gage is two years old, he’s becoming old enough to enjoy making memories with his mom. This week, Amy shared a few photos about that on her Instagram Stories.

It must be a wonderful feeling for Tammy’s sister to make memories with her child. After all, at one stage it was doubtful that she would ever bear children. With her weight, it wasn’t healthy for her, or any potential child. However, she became so desperate that despite the doctor warning her not to fall pregnant soon after surgery, she had her baby anyway. While that caused some complications in season 2, she recovered and lives life as a mama to the full.

1000-Lb Sisters fans saw that in her latest post, Gage had been for a ride in the car. Clearly, he got the chance to feast on a treat as his hands and face were smeared with food. He always had a great appetite and following her doctor’s advice, she weaned him onto solids early. Later, after she cleaned him up, Amy showed a photo of her sitting with her son as they read a book together. Amy captioned it with, “Making memories,” and put up a heart emoji.

1000-Lb Sisters fans who saw the post by Amy Halterman when Gage celebrated his second birthday thought that her son looked absolutely adorable. Actually, he seems to be a happy little boy and he’s very handsome. Despite some dire predictions about Amy’s parenting, he looks like a tough little survivor these days. Hopefully, fans will see him making more special memories with his brother as they grow up together.