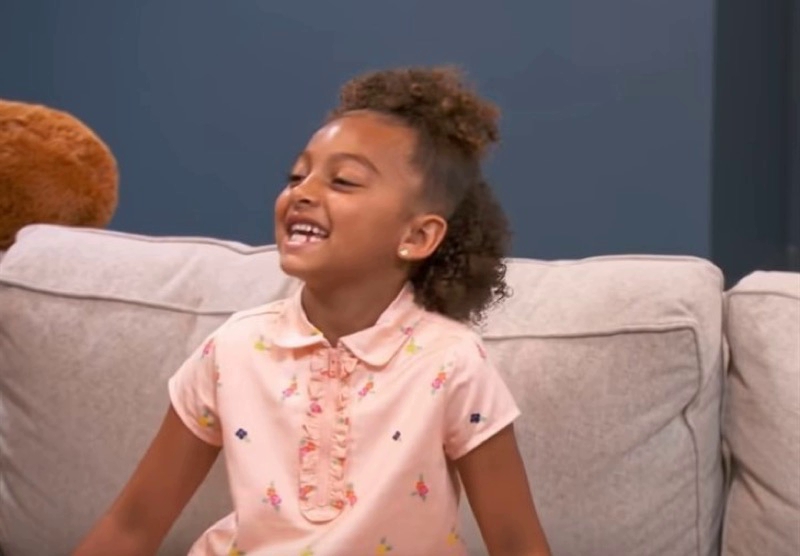 Chrisley Knows Best fans see that is a sassy and precocious child with a good dose of humor that she inherited from Todd. Well, she and Savannah get along very well, and her older sibling often posts up photos of them together. This week, she shared a photo that got folks comparing her looks to Tyra Banks. You might not like the host from Dancing with the Stars, but fans think she is extremely attractive.

The youngest member of the family, Chloe is actually the daughter of Todd’s son, Kyle. However, Julie and Todd took over her upbringing and she’s more than just a niece to Savannah, She’s also her adorable little sister. Apart from being cute, she started growing into a kid who enjoys dropping those famous oneliners that Todd is so well known for. Often, she steals the show with her antics, and it’s hard not to like a kid who makes you laugh.

Chrisley Knows Best fans like nothing more than seeing the nice and sweet photos and messages that Savannah shares of Chloe. Recently, she shared one in black and white that was taken at the stadium where Chase became engaged to Emmy Medders. That photo, fans agreed was simply stunning. These days, Chloe seems to grow more attractive by the day. And of course, it helps that Savannah can help her with her style.

Who would ever have thought that Tyra Banks and Chloe would feature in the comments of a post together? Well, it happened on November 3 when Savannah shared a photo of Chloe. Actually, at first, some folks didn’t realize it was Chloe in the photo. In her caption, Savannah said, “Pretty sure she is the next @tyrabanks and I am MIND BLOWN 😍😭.” Next, she added, “I love you baby girl! Stop growing up!!”

Chrisley Knows Best fans were not the only ones who reacted to the comparison between Chloe and the host of Dancing With The Stars. Lindsie, Savannah’s older sister commented, “Our gal 😍.” Then Emmy Medders post up these emojis: “😍😍😍.” Blue-ticked podcaster, Brittany Baldi said, “Adorable 😍.”

Does Chloe Look A Lot Like Tyra Banks’ Mini-Me?

Chrisley Knows Best fans think that Chloe Chrisley definitely has a resemblance to Tyra in the photo. One of them opined, “I see Tyra in her too 🔥.”

Other followers talked about how beautiful Chloe looks these days. This is a typical comment about that: “She’s her own Chloe. Omg she’s so grown up 😢 stay gorgeous baby girl.”

What do you think? Is there a resemblance there between Tyra Banks and Chloe? Let us know in the comments below.

Be sure to check with us often for everything happening with the USA Network cast. Remember to come back here often for more Chrisley Knows Best news, spoilers, and updates.