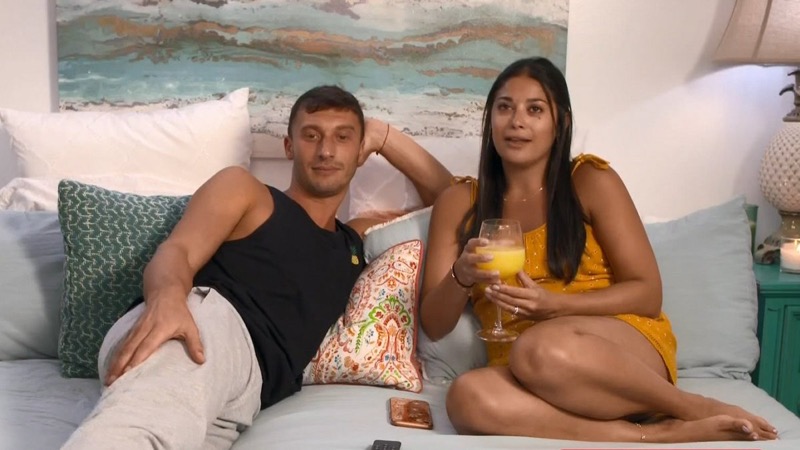 90 Day Fiancé stars Loren and Alexi Brovarnik welcomed the third child in the family and now their daughter, Ariel, celebrated her first Halloween. Of course, her brothers, Shai and Asher were not left out of the family fun. TLC fans couldn’t help but comment on their cute costumes. Additionally, they saw that baby Ariel looked so very teeny-tiny as she was cradled by her dad.

TLC viewers were shocked when they heard that Loren expected another baby so soon after Asher. Bear in mind, that it meant she would have three kids under three, and a lot of diapers in her life. Actually not planned, they didn’t mind that another baby came along. But when Ariel was born, almost nothing was said and hardly any photos were shared. So worried fans asked about her. All that fans knew, is that she was in the NICU. However, that concern turned to anger as their questions were ignored.

Last week,  90 Day Fiancé fans saw with great relief that Ariel finally joined the family at home. Plenty of their TLC colleagues congratulated Loren and Alexei. And naturally, fans sent in their best wishes for the cute little newcomer. Their photos revealed that Shai is looking as handsome as ever. Meanwhile, Asher smiled sweetly for the camera. As for Ariel, she lay in her dad’s arms while her mom gave her husband a kiss on the cheek. Just days later, they celebrated Halloween as a family of five.

On October 30, Loren shared a photo of each of the kids. Additionally, she shared a family photo of them on Instagram. Once again, Alexei held the baby. Meanwhile, the boys sat in their stroller. In her caption, she said, “Happy Halloween from Gru & his minions. 😏” Actually, the Minions are a popular theme for families with kids this year.

Another commenter wrote, “Oh my gosh. Your smiles tell the whole story! So happy for you and Alexi! Enjoy the babies as they grow so fast 🎀.”

Similarly, this comment arrived: “I love your family!!! 😍super cute!!! Please be safe out there! God bless.”

90 Day Fiancé fans fell in love with Shai when he was even younger than his brother Asher. That’s because he often appeared with his mom and dad on the Pillow Talk spinoff. Hopefully, Ariel and Asher will also get plenty of screen time as the years go by.