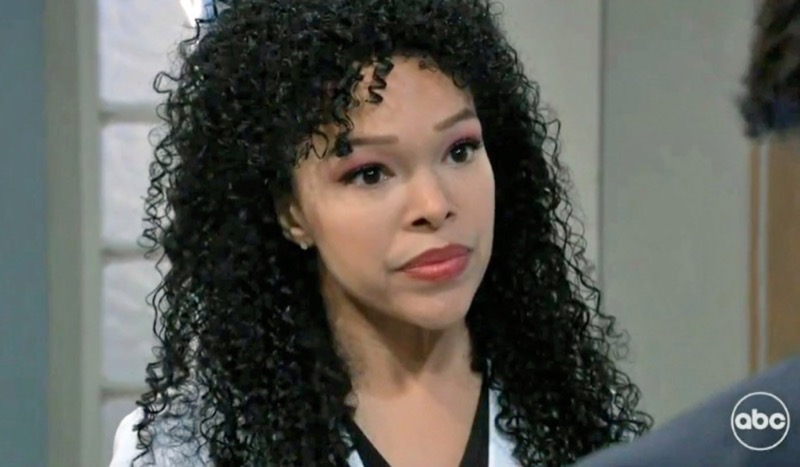 General Hospital (GH) spoilers tease Jordan Ashford (Tanisha Harper) isn’t the Police Commissioner of Port Charles for no reason. She got the job because she knows how to follow a lead and make sure the people of Port Charles get the justice they deserve. Jordan isn’t a fan of letting the bad guys go free, and that’s just how she’s starting to feel about Portia Robinson (Brook Kerr).

General Hospital Spoilers — Curtis Is In The Clear — And So Is Portia?

Curtis has been sweating the results of this test since the moment he decided to have it done, and so has Portia, although she’s hidden it well. Putting on a brave face, she lets Curtis think the results don’t matter to her. However, the results of this test were the only thing standing between Portia and her happily ever after, as far as she was concerned. Now that Curtis knows he isn’t a carrier for Schizophrenia, he will feel unburdened and able to move on with the wedding plans. Can Portia though?

Jordan knows how this looks. In Portia’s mind, she’s the bitter ex-wife who didn’t want to lose Curtis. She conveniently lost the divorce papers — or so Portia and Curtis think — and to Portia, there’s a reason for that lurking beneath the surface. Portia believes Jordan must still be in love with Curtis — and perhaps she is, but she still isn’t trying to meddle in Curtis’ engagement. Jordan wants Curtis to be happy, and the last thing she hopes to see is another divorce for him because his wife wasn’t forthcoming about what she knew. If it were up to Jordan, Curtis would’ve been told the truth long ago. Of course, some might say Jordan could tell him anytime now and is just as culpable for keeping the secret since she found out. 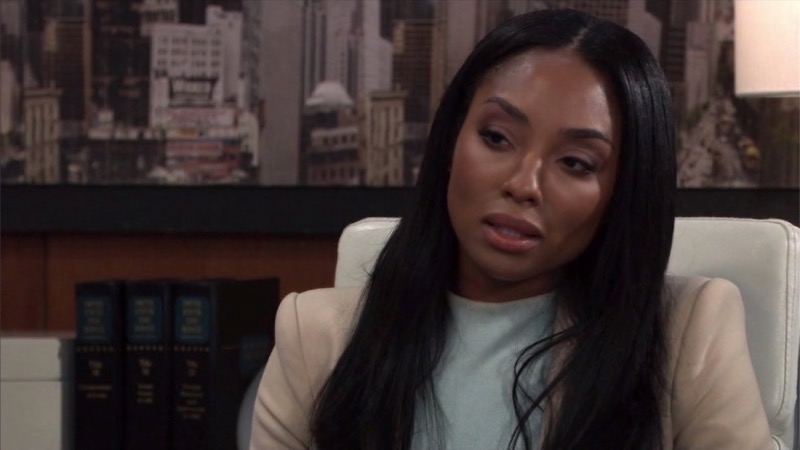 Collateral Damage Is Piling Up

So many people stand to get hurt in this equation, and Portia is trying to avoid that. Jordan can’t pretend to know what the right decision is, but she knows lying to Curtis is the wrong one. While she has tried numerous times to tell Portia she’s making a mistake trying to enter into a marriage with Curtis with such an enormous lie between them, it seems Portia never intended to tell Curtis or Trina the truth if the genetic screening came back clear.

If Jordan decides to tell Curtis herself, what might the penalty be for her? Will Curtis resent her? How will Marcus Taggert (Réal Andrews) feel having Trina taken from him in that way, and will he place the blame on his friend Jordan for not letting him live in ignorant bliss? Furthermore, how will Trina feel? Is this a truth she really wants to know or is it best to let sleeping dogs lie? Keep checking back with us every day for more GH news, updates, and spoilers, and keep watching General Hospital on ABC every weekday.

The Young And The Restless (Y&R) Spoilers: Alyn Lind Lands Gig On The Spiderwick Chronicles