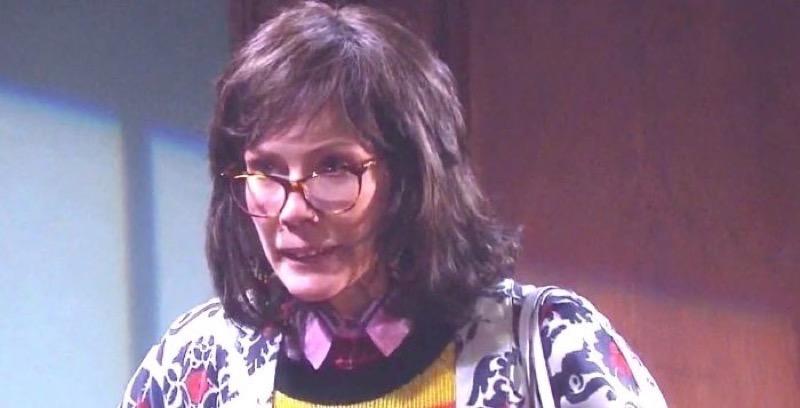 Days of Our Lives (DOOL) spoilers and rumors tease that ghost Susan Banks (Stacy Haiduk) might have knocked Marlena Barbie off the shelf to give Marlena Evans (Deidre Hall) a warning! She might know what’s ahead for Marlena, as well as Kayla Johnson (Mary Beth Evans) and Kate Roberts Brady (Lauren Koslow) as well..the orchid will go missing and they’re next.

The DOOL winter preview shows that the women go to heaven but come back, and as for Susan, a bomb goes off at her funeral that blows up St. Luke’s Church. At least two people are injured and unconscious on the floor of the church. The three women are not able to get their booster shots for the toxin Orpheus (George DelHoyo) unleashed on them because the orchid to make the serum is stolen. This sounds like what Orpheus doing in both cases, although the precise motivation for bombing Susan’s funeral isn’t clear unless he’s trying to kill some guests.

Marlena and John Black (Drake Hogestyn) would certainly attend Susan’s funeral, although it would be a waste of a bomb to only kill them. However, there may be others there as well that Orpheus is trying to target.

Days Of Our Lives Updates –  Susan Banks’ Spirit Will Be Restless

Susan’s spirit no doubt will be restless, worried about the shape her son EJ DiMera (Dan Feurreriegel) is in. When Bo Brady (Peter Reckell) came back to resurrect Tripp Johnson (Lucas Adams) and save his grandson from satan, he could see everything from heaven before he came. It’s likely the same with Susan, but with her having had psychic powers on earth and her spirit being restless, she might just be in between spheres. But it gives her the advantage of being able to warn her loved ones if she knows a disaster is ahead, even if it’s only knocking a doll off a shelf. She can only hope Marlena understands the message that someone is trying to knock her off! 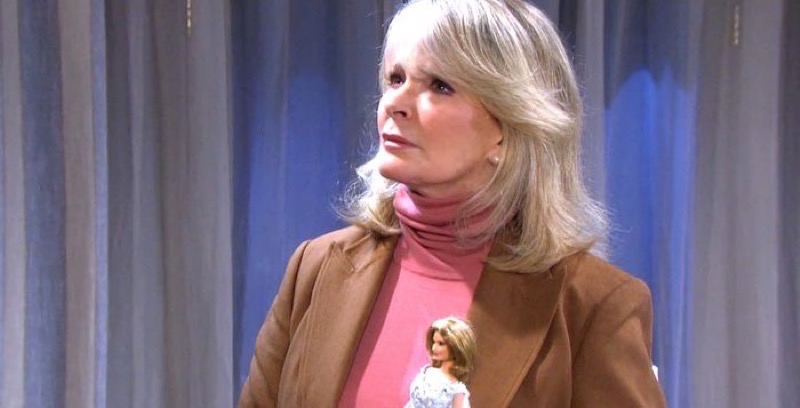 No One Saw This Coming!

Kristen DiMera (Stacy Haiduk) has been guarding and caring for the rare orchid that will be needed for at least three doses of two more booster shots for all three women. But when it comes a time, Kristen will be horrified when she finds her secret place apparently wasn’t secret enough-she opens a secret panel in the DiMera wine cellar and it’s gone! Someone has stolen the last orchid on earth of its kind and there are no more to be had.

It’s a good bet that Susan can see ahead to this happening and her knocking the Marlena doll off the shelf is her warning. Perhaps Marlena’s, Kayla’s and Kate’s mission they’re sent back from heaven involves Susan and helping her get there, or maybe back to life.