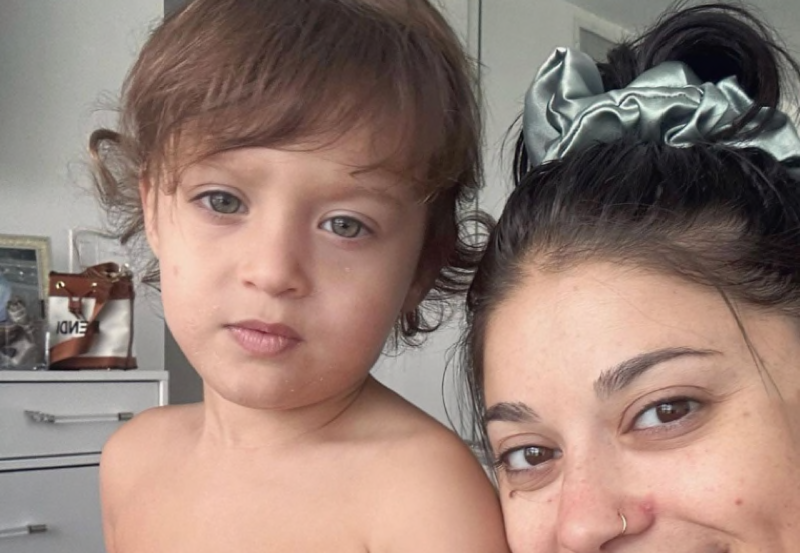 90 Day Fiancé fans saw a clip on TLC where Shai Brovarnik met his little brother, Asher for the first time. Actually, Asher’s younger sister arrived so soon after him, that some people wondered if the clip was about Ariel. However, it was once again Shai who stole the show, just like he did on Pillow Talk. When fans saw him meet Asher, they took to the comments to discuss the little kid’s reaction.

As Asher starts to grow up a bit, his personality starts emerging. Actually, he’s at the age where Shai can blame him for any wrongdoing. But, he doesn’t understand, so he just laughs and smiles. Recently, he turned one year old and fans couldn’t get over it. After all, it seemed that just a short time before that, Shai had turned the same age. With three kids under three, it seems that things happen really fast for Loren and Alexei.

The third baby for the 90 Day Fiancé couple only went home from the NICU near the end of October. Actually, fans were happy to find that out. After all, they were terribly worried that something serious might be wrong with baby Ariel. In particular, it would be nice one day to see how Asher reacted to being a big brother to his brand-new sister. But for now, footage emerged of Shai meeting his little brother for the first time, and it seemed too adorable.

@90dayfiancegossipss shared the video where TLC showed Shai waiting outside of the hospital with his dad. Next, Loren came out the door with her new son, and the moment arrived. Shai watched his mom squat down and his dad helped to bring the baby a bit closer to Shai. Anyway, fans were amused because he got ahold  of Asher and tugged: like he was saying “give him to me, he’s mine!” In fact, Alexei had to caution Shai to be gentle with his brother.

90 Day Fiancé fans were amused because it looked like if he could, Shai Brovarnik might have literally snatched his baby brother and run away to play with him. Clearly, there were few bonding issues with the two brothers. One fan noted in the comments, “He was like that’s MY baby, give it to me 😍.”

Loren Briovarnik entered the conversation, saying, “Not me sobbing, remembering it like it was yesterday 😭😭😭.”

Other Comments By TLC Fans

90 Day Fiancé fans loved the clip and one of them wrote, “Brother in love😘😘.” Meanwhile, another follower talked about how their oldest child acted in a similar way to their second-born.

What are your thoughts about how Shai Brovarnik took to baby Asher so quickly? Sound off in the comments below.