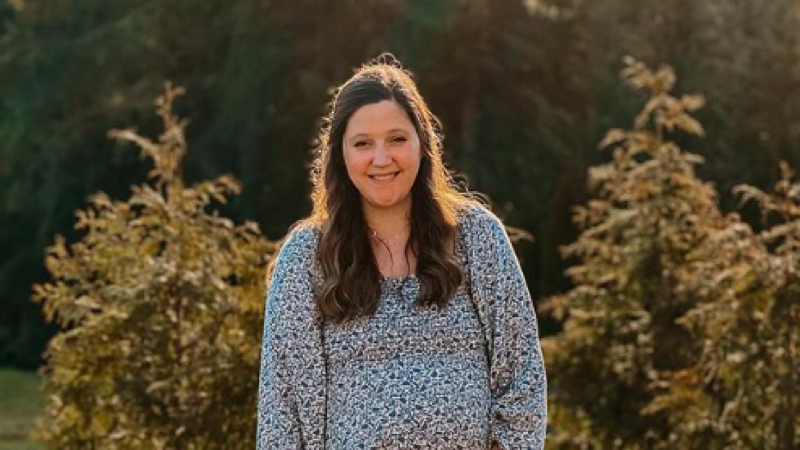 Little People Big World (LPBW) updates about the family come via Tori Roloff. For the first time, she shared some family photos of all three kids with herself and Zach. The professional photos were taken, as usual, by Monique Serra. Naturally, with three cute kids in the frame, TLC fans were spoiled for choice on which might be the best one.

The new photos that Tori shared revealed that little Josiah Roloff still sticks out his tongue. However, TLC fans still agree that he looks very cute. If you don’t know, Tori told fans that children born with dwarfism often need time to grow, so their tongues don’t stick out. But, that doesn’t mean there’s anything extremely wrong with her youngest child.  Actually, there are some critics who get irritated because Zach and Tori keep on having children with dwarfism. Hopefully, his tongue sticking out is going to be the only problem that Josiah encounters.

The littlest member of the LPBW family is about five months old now, and fans are falling in love with him. Just like Jackson and Lilah, Tori’s kids seem to be adoration magnets. Recently, she posted up photos of the kids enjoying time at a lake. TLC fans loved it when she showed Jackson and Josiah playing around in the water with their mom. As time goes by, probably they will see many video clips of the little guy racing around with Lilah and Jackson on their scooters. But for now, he’s too young, so fans just enjoy seeing him looking cute.

When Zach’s wife shared her new pro photos, she said, “Finally in some family photos! 🤪.” Next, she thanked Monique for being “the best friend,” and for loving her “family so well.” Actually, Tori could take her own photos, as she is also a photographer with a business. But, Monique is a popular professional for a good reason. Often, she takes photos of other TLC stars, and they always come out so well. This time, one photo really impressed fans.

LPBW fans loved the last photo which showed Zach holding Lilah, and Jackson laughing while Josiah looked at him. One follower said, “These are beautiful!!!” Actually, there have been so many nice photos of the family in the past, that Tori might even run out of places to hang them. But, as this was the first official family photo of Josiah, it probably takes pride of place in their Washington home.

LPBW fans sent in red hearts and comment with words like “cute” and “adorable” in them. Meanwhile, Carlin Bates, from Bringing Up Bates also reacted. She also used emojis to express her feelings. She wrote, “❤️❤️❤️.”

What do you think of the first professional family photos with Josiah Roloff in them? Which one do you like the most? Shout out in the comments below.