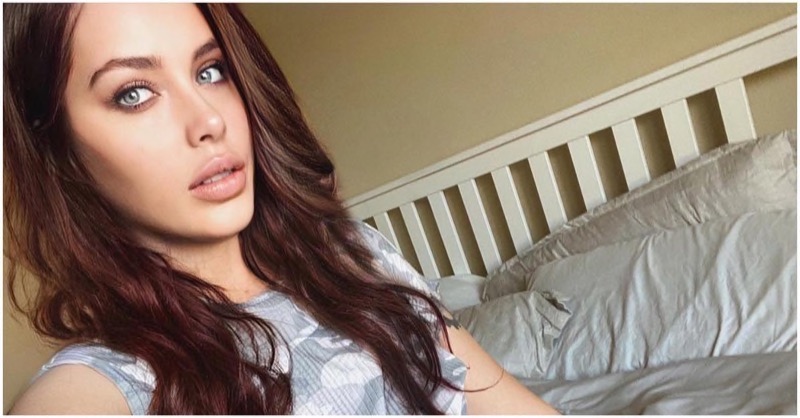 When 90 Day Fiancé fans first met Deavan Clegg’s daughter Drascilla, her mom described her as a “wild child.” Soon, TLC fans discovered that Deavan wasn’t joking. Alarmed critics hated that the kid seemed completely out of control. Actually, her guy at the time, Jihoon Lee also seemed astonished. However, these days, it looks like she settled down and outgrew her harum-scarum days. In fact, fans agree that she’s turning into a very pretty young person.

If you don’t know, Deavan expects another baby with Topher Park. Jihoon is in Splitsville in South Korea and seems disinterested in his son Taeyang. After unsuccessfully trying for custody, he disappeared into his own world. So, he didn’t make it to the USA when Deavan revealed that Taeyang suffers from childhood leukemia. However, her new guy, Topher stepped in and acts in the role of dad. Actually, last year, when Drascilla started kindergarten, he seemed more excited than she did.

90 Day Fiancé fans first met Drascilla when she was about the same age as Taeyang is now. Last year she turned six years old, and this week, her mom shared a photo that suggested she was enjoying her 7th birthday. Fortunately, it looks like Taeyang is doing well with his treatment as he and his sister also enjoyed a visit to the pumpkin patch. If you don’t know, Deavan Clegg has a love for October, especially with Halloween coming along. So, she always tries to get the kids out and about during pumpkin season.

When the TLC star shared her photo on Stories, Drascilla wore a very pretty dress and she sat by boxes and bags of gifts. In the caption, Deavan wrote, “My beautiful girl,” adding a heart emoji. On the same day, her mom posted on her profile page and fans saw the two kids enjoying a snack at the pumpkin patch. In that caption, Deavan wrote, “October is my favorite time of year! We always have such a good time together. Love my babies ❤️ can’t believe how big they are getting.”

90 Day Fiancé fans who took to the comments on the pumpkin patch post chatted about the two kids. Actually, opinions changed toward their mom. At one stage, they believed Jihoon’s claim that her miscarriage was actually an abortion. However, when allegations arrived that he was aggressive with Drascilla, he lost popularity. If that’s the case, then it seems nice that Drascilla enjoys a relatively normal life these days.

Another fan opined, “Wow! They are getting big and so beautiful!”

One devoted fan singled out pretty Drascilla. They wrote, “Your daughter has reminded me of mine since the first time I saw her on the show! 😂 I just fell in love with her!! ❤️❤️ I hope she is well and she’s growing up beautifully. ❤️ Much love to your little ones. 💙🙏🏼.”

The Bold And The Beautiful (B&B) Spoilers: Katie Goes For It With Carter