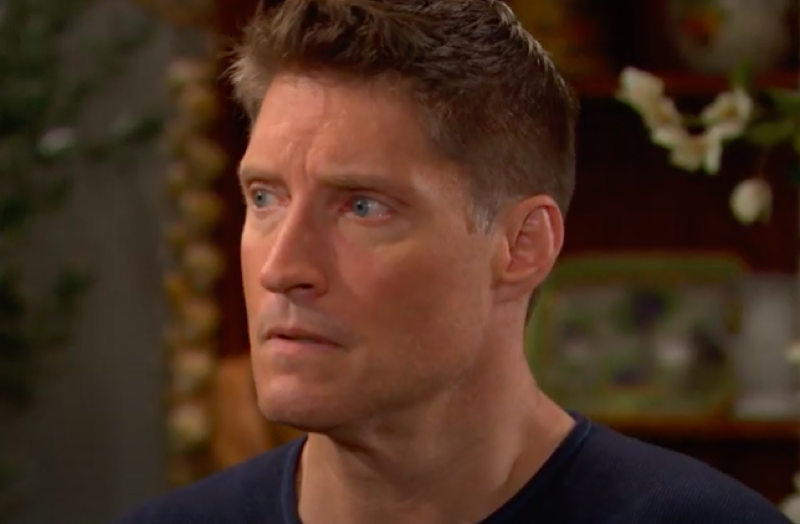 The Bold and The Beautiful (B&B) spoilers and updates tease that Deacon Sharpe (Sean Kanan) will try to stop Sheila Carter’s (Kimberlin Brown) crazy plot. She comes up with a plot to see her son and grandson and Deacon just knows it’ll backfire badly.

The Bold And The Beautiful Spoilers – Mrs. Doubtful

Sheila comes up with a crazy plot to get a job as a housekeeper and nanny disguised as “Nicholina” the name she used when Hope Spencer (Annika Noelle) dropped by unexpectedly. Sheila gets the idea from the movie “Mrs. Doubtfire” to be close to John “Finn” Finnegan (Tanner Novlan) and Hayes Finnegan (Piper Harriot). Deacon says it will never work and Steffy Forrester Finnegan (Jacqueline Macinnes Wood) will see right through the disguise, and calls her “Mrs. Doubtful”.

Deacon notes even Hope thought she recognized her from somewhere although she couldn’t place her. Deacon tells her she doesn’t even know that Finn and Steffy even need a new nanny or housekeeper, and she’d better not arrange for them to need one.

Sheila asks Deacon if has he got any better ideas, considering if she can’t find a job and another place to hide out he’s stuck with her. Deacon has made it plain that their roommate’s arrangement cannot continue and especially not with “benefits”, that whole scenario with “Debra” was nothing but a drunken mistake on his part. The only good that’s come from it is that he’s determined never to fall off the wagon again, if he had been sober he’d have never done it. Sheila threatens him again, telling Deacon if she goes down he’s going down with her – should she call his parole officer and invite him for dinner? Deacon frowns and tells her she’d better not, that was way too close a call and he might insist on a background check on her. 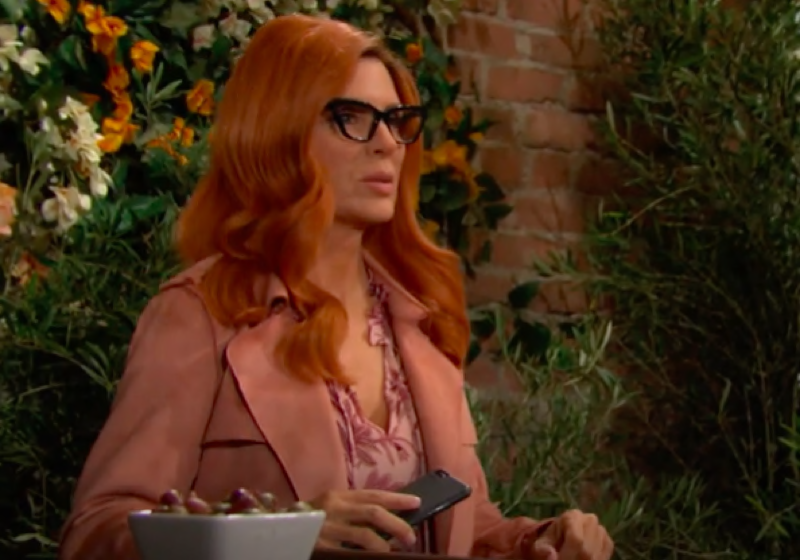 “Nicholina” goes to extremes to be hired as Finn and Steffy’s housekeeper, pushing the point that she has nanny experience too. Deacon tells her that making a phony resumé and putting down phony references isn’t going to fly, and he’ll have no part of being a reference. Besides, Finn and Steffy wouldn’t be the only ones she’d have to pass muster with – there’s Taylor Hayes (Krista Allen).

The Bold And The Beautiful (B&B) Spoilers: Deacon Has One Bad Option – Sheila Reinforces Control

Deacon threatens to get a lock on his door that only locks from the outside, and Sheila asks him if that isn’t stupid, in an effort to keep her locked up.  How are they going to lock the door at night when they go to sleep, is he going to climb in and out of the window-he’ll do anything to control her.