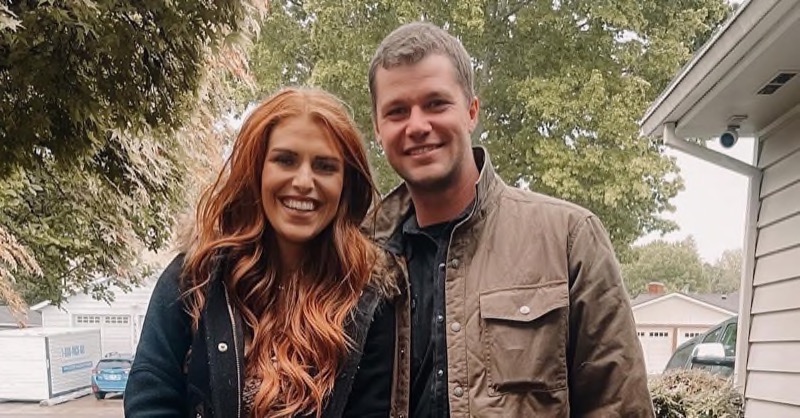 Little People Big World (LPBW) spoilers revealed that Audrey and Jeremy Roloff finally purchased their own farm and now Ember and Bode are living a dream. Exploring the fields and watching their dad work on his projects seem to be big highlights for them right now. After the death of their previous dream, it must make Audrey and Jeremy very happy to watch their kids living their new life.

A lot of folks claim that they don’t like the former Little People Big World stars, Jeremy and Audrey. Critics complain that she’s too pushy about their perfect marriage. And, others claim that she uses the kids for social media clicks. Meanwhile, others hate that she talks about her faith. Of course, many of them hate them for their political stance. However, Jeremy and Audrey collectively have over two million Instagram followers, so they obviously appeal to a lot of TLC fams. So, many of them rejoiced that they bought their own farm this year.

Although the couple no longer appears on LPBW, TLC fans follow their lives on social media. And of course, in season 23, when Matt refused to sell Zach a portion of the farm, it reminded folks of Jeremy and Audrey. They always dreamed of the day they could own a piece of land and they wanted their kids to grow up in a farm environment. So, when Matt also turned them down, she described it as “the death of a dream.” Well, now they have their own place and those little kids seem very fortunate.

LPBW – Living The Dream That Ember And Bode’s Parents Wanted

Farm life probably isn’t everybody’s dream because it involves hard work, budgets, bugs, snakes, and maintenance. Well, Jeremy is suited to life on a farm as he grew up on the one that his mom and dad owned. Additionally, he learned about projects and hard work from Matt Roloff. Right now, he works on their home and sorts out the paddocks and fencing. Of course, it’s all exciting for Ember and Bodes who want to lend their dad a helping hand.

In his Instagram Stories, the LPBW alum told his fans that he was busy working on the fencing, “pulling t posts” when “the groms came to help.” Well, pulling posts involves wires and cables under tension. So, instead of accepting a helping hand, he told them “to go explore.” In the next photo that he shared, there the kids were, romping away in the field and clearly having a wonderful time.

LPBW fans can’t really fault Jermey and Audrey for giving the kids the best life possible. Additionally, they worked hard to make their dream come true. While hawk-eyed critics will scan the photos for “dangerous” parenting, loyal fans possibly love it that those kids are finally living the dream that their parents worked so determinedly to achieve.

The Bold And The Beautiful (B&B) Spoilers: Li Is Bill’s Better Match – Is Finn’s Mother Interested?