The Young and The Restless (Y&R) spoilers and rumors tease that Abby Newman Chancellor (Melissa Ordway) might find herself in a dilemma. She may be forced to choose between Newman’s family loyalty and her law and order husband Chance Chancellor (Connor Floyd).

The Young And The Restless Spoilers – Chance Chancellor Disloyal?

Victor Newman (Eric Braeden) didn’t like it when Chance chose the right thing instead of covering up that Victor was in the wrong by staging a fatal accident. Kevin Fisher (Greg Rikaart) had found proof that one of Victor’s security team had driven an already dead Ashland Locke’s (Robert Newman) body in Locke’s car. Nick Newman (Joshua Morrow) had defended Victoria Newman (Amelia Heinle) and punched Locke, who fell and hit his head on the fireplace and died, and Victor staged a cover-up.

Nick and Victoria had called Chance, but by the time he got there, the body was gone. He knew something fishy had happened and continued to investigate and confronted Victor who told him he needed to stop the investigation and look the other way; he wouldn’t.

Victor expects to be obeyed and all members of his family including his spouses are to go along with the program. If Victor says Locke walked away and drove himself into his ultimate death in a ravine, that is the narrative and no one is to question it. Chance and Victor had words over the chessboard as Chance called out Victor on his duplicity and said he wouldn’t comply – Victor committed a crime. Victor may have meant well in protecting Nick from being investigated, but Chance already knew he was defending his sister’s life and wasn’t guilty of murder. But Chance is stubborn and recalcitrant, and straight-arrow law and order – too straight arrow to be married to Victor’s youngest daughter and Victor may force Abby to make a choice. 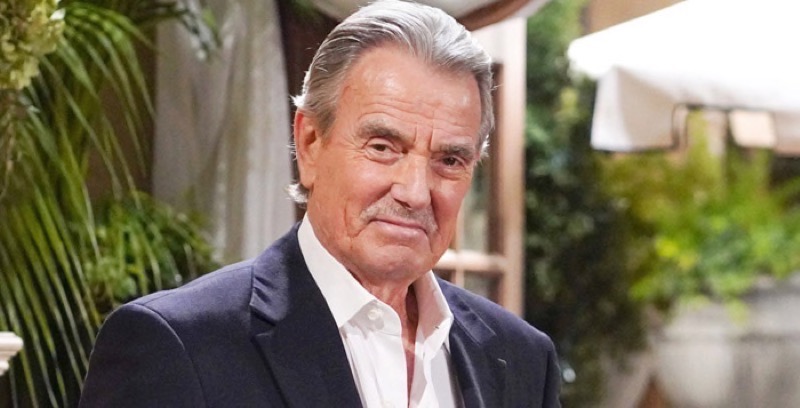 Forced To Make A Devastating Choice?

Will Victor really expect Abby to choose between obedience to him and Newman’s family loyalty and her husband? No one who knows the lengths The Mustache will go to in order to protect his family from legal charges would be surprised. After all the months she feared, and was told, that Chance had died on that overseas mission this would be a devastating choice to make – and one she’ll likely refuse.

The Young And The Restless (Y&R) Spoilers: Lily On Edge, Devon And Billy’s Risky Business

Even if Victor explains that Nick could be blamed for Locke’s murder, Abby would have a tough time going along with Victor’s tactics. After all, in her time of crisis when Mariah Copeland (Camryn Grimes) was missing and expecting her baby, Victor didn’t offer any help to find her.

The Bold And The Beautiful (B&B) Spoilers: Thomas In Strong Position – Brooke Wants A Say In Douglas’ Life