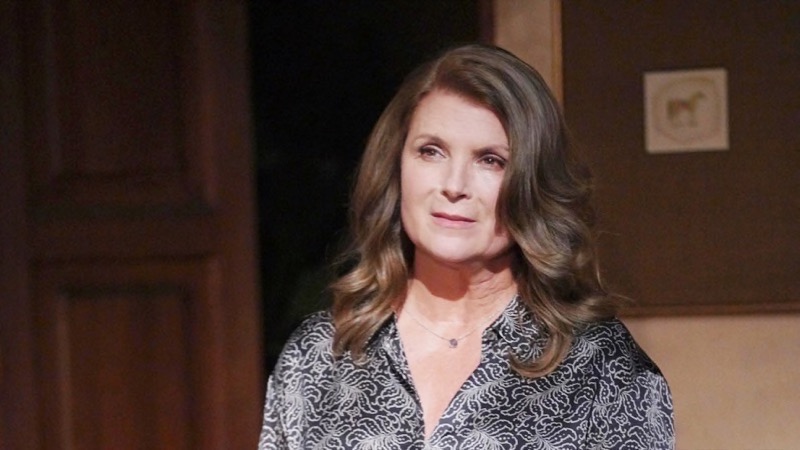 The Bold and The Beautiful (B&B) spoilers and updates tease that mama Sheila Carter (Kimberlin Brown) has a “mama’s little helper” to help her nurse her son John “Finn” Finnegan (Tanner Novlan). Mike Guthrie (Ken Hanes) will be shocked in upcoming BOLD episodes that Sheila truly didn’t kill her son!

Since Li Finnegan (Naomi Matsuda) took a long drive off a short pier, and her car exploded, Sheila’s short a doctor to care for Finn while still on life support!  Sheila unfortunately does not always think ahead sometimes, on everyday things – she’s great at plotting to keep herself out of trouble or to get herself into trouble! But Li kept Finn alive – and it’s been a long time since Sheila was a working nurse-Finn still needs intensive care, even though he opened his eyes and spoke.

Sheila knows how to read the machines Finn is hooked up to and how to operate an IV; she is glad Li kept a detailed log on her laptop. She knows the medicines he’s on which she may have to steal from the hospital pharmacy, but at the very least she needs an orderly to help move him.

Mike Guthrie just happened to be outside Li’s house apparently looking for Sheila and having followed her when she was running after Li and borrowed his car. He should still be there waiting for her to return with his car so she heads back from the highway to go find him, and as expected, he’s still there! It has been raining hard and he’s soaking wet, looking like a drowned rat but Sheila knows that he’s obsessed with her and he’d be there. She tells him she needs his help and she’s sorry for being gone so long and leaving him standing in the heavy rain, then leads him back to Li’s house. Maybe Jack Finnegan (Ted King) left some clothes there that Li didn’t throw out that Mike might fit into, but he’s shocked to see Finn hooked up to machines! 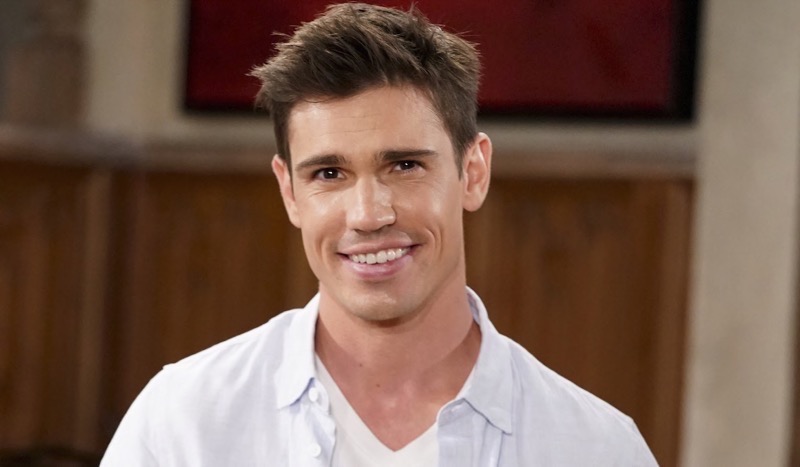 The Bold And The Beautiful Spoilers – Sheila Carter Explains

Sheila explains to a blindsided Mike that she accidentally shot her own son but like everyone else thought he was dead until she discovered Li’s lie! After Mike helped her escape during transport she followed Li, who was her last visitor at LA County Jail back to her house. Sheila had been intent on paying her last respects to her son but Li was evasive, and wouldn’t even tell her where she’d buried him or if he was cremated!

Then she and Li got into an argument when Sheila heard the machines beeping and pushed past her into the room, and found this! But she doesn’t tell Mike what she knows really happened to Li – she tells him she admitted to her she’d faked his death and could face charges.

Sheila does tell Mike that Li double-crossed her and Sheila crushed her cell phone – she’d caught her making a call that she feared was to the police. There was an argument and she’d chased Li out the door and to her car, and it was at that point that she borrowed Mike’s car and lost track of her! She’d threatened to turn Li into the authorities for faking Finn’s death, and Finn had come to momentarily but now Sheila has to care for him by herself. She figures Li is on the run and she needs Mike’s help – he understands, and even though he’s not naïve he’ll do whatever he can to help her with Finn!