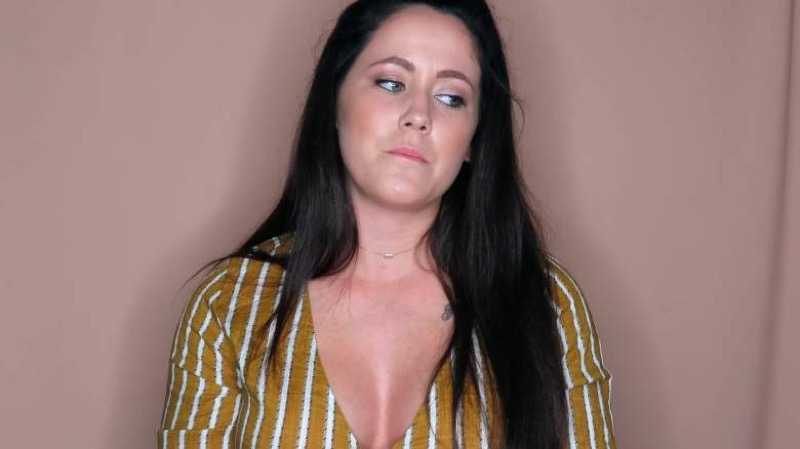 Teen Mom 2 fans follow Jenelle Evans on social media for two reasons: they either love her or hate her. Few gray areas come with Jenelle, the mom of Jace, Kaiser, and Ensley (5). So, some fans loved that she took them along on a virtual boat ride with the kids this weekend. Meanwhile, others worried about her letting the kids swim in the water where alligators might pose a danger. Not concerned, she seemed to casually flip off those fears.

This weekend, Jenelle took to her TikTok and told her MTV fans that they planned a  fun day at the river. Kaiser, her second son wasn’t with them, In the comments on TikTok, she explained that he’s staying with his dad, Nathan during “the summer.” However, she did take Ensley along with her and the kid sounded excited. Meanwhile, Jace smiled with tolerant good humor when she spoke to him about it. While it looked like lots of good fun, some fans grew concerned because she let Jace get into the water.

Teen Mom 2 fans know that over the years, Jenelle made some big mistakes. Actually, these days, she admits that, but she tries hard to be a good mom. Some folks think that she gives her kids the best life. In the TikTok comments, one of them opined, “when jenelle becomes the most normal Mom from the show. I’m here for it.” However, some of them think that she made what might have been a tragic mistake when she let Jace climb into the water on his board.

When MTV fans saw the video of Jace on his board so he could be towed behind the boat, a lot of them commented about it. Some of them thought it looked like a wonderful day out. However, others wondered if alligators were in the water. Those in the know said that are found there. According to Carolina Country, they are there, but at one stage, they were almost wiped out. In fact, the area is the northern-most place where people are likely to find them. However, they are not as common as further south.

If you wonder why the Teen Mom 2 alum doesn’t worry about the kids in the river, it’s probably because alligators are mostly active during the night in summer. The website noted, “They thrive in NC swamps, rivers, canals, tidal basins, and even ponds and lakes along the coastline and eastern inland regions.” Well, Jenelle seemed casually unworried about the chances of Jace encountering one in the river.

Flips Off Alligators As Not Being Dangerous

One fan asked the Teen Mom 2 alum, “Do yall have alligators there? 🥰LOL just wondering u can’t see gd in the deep water I’m sure.” In her reply, Jenelle said, “Yeah but they are scared of people 😂.” Later, she told another follower, “You’d be surprised how many kids there are at the river. It’s safe and has been used for centuries and has SO much history” Is it true that alligators possibly don’t pose a danger to all those kids?

According to the report by Carolina Country, John McNeill of the Alligator Alliance noted, “Alligators are naturally afraid of humans and will avoid contact.” However, those that have become used to humans who feed them probably present a bigger danger. Additionally, the website advises folks to “never approach an alligator —  no matter its size.”

Be sure to catch up on everything happening with the MTV cast right now. Come back here often for more Teen Mom 2 spoilers, news, and updates.