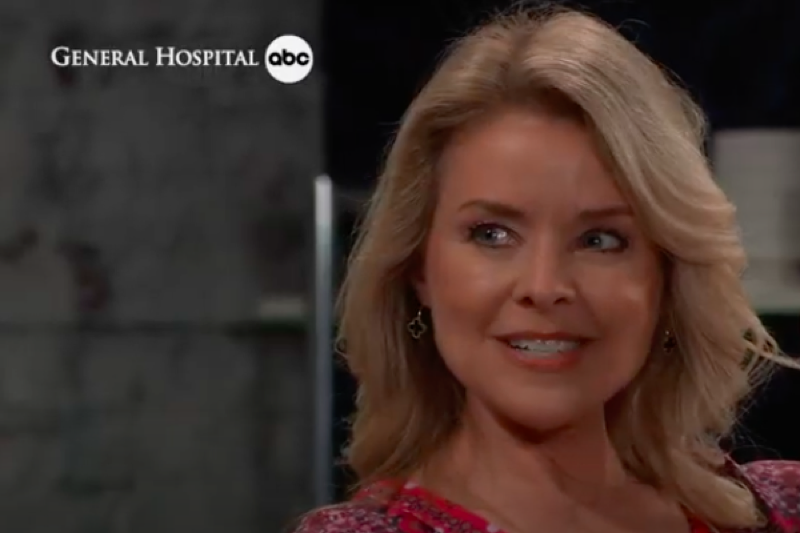 The flashback Ryan Chamberlain (Jon Lindstrom) had of Felicia Scorpio (Kristina Wagner) stabbing him in the back could be a hint, or it could be a herring – a red herring! Viewers will remember this was immediately after Esme challenged him in Spring Ridge, and he said she reminded him of her mother – but Esme’s age doesn’t line up.  Esme – supposedly – is eighteen or nineteen years old, close to Spencer Cassadine’s (Nicholas Chavez) age, to be Felicia’s from the mid-1990s she’d have to be closer to twenty-seven.

There isn’t a lot of doubt that she is a Chamberlain or a Collins – the family resemblance to Ryan and Kevin Collins (Jon Lindstrom) is definitely there.

General Hospital Updates – Could Felicia Scorpio’s Sudden Interest In Having A Baby Be A Clue?

There is a question if Felicia’s seeming sudden interest in having a baby with Mac Scorpio (John J. York) could be a storyline hint to Esme being her daughter with Ryan. That doesn’t really make a lot of sense when you think about it – besides, the conversation with Mac was about if he’d ever wanted children of his own. It wouldn’t be surprising if Mac had a son he didn’t know about showing up in Port Charles as Duke Lavery’s (Ian Buchanan) son Dr. Griffin Munro (Matt Cohen) did. But Felicia’s conversation with Nina Reeves (Cynthia Watros) about making mistakes and seeing some of herself in Nina could be a storyline hint – to something! 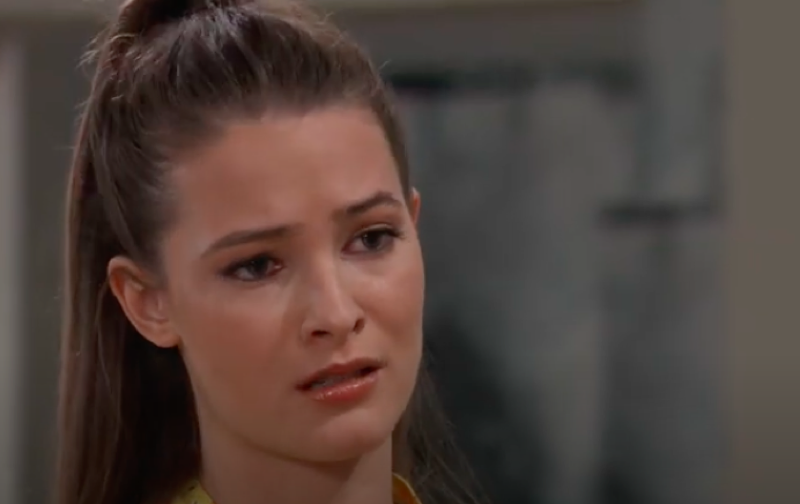 Felicia left Port Charles for a year in 2003 to care for her ailing grandmother in Texas, Mariah Ramirez (June Lockhart); but no one knows anything else that happened there. As for Ryan, he was in the DVX but presumed dead since 1996 when he had kidnapped Georgie Jones (Lindze Letherman) as a baby. Georgie was rescued, but the funhouse he was in caught on fire and Kevin saw him catch fire only to find out years later he was rescued and recruited!

2003 would be the right year for Esme’s conception; and Texas was where Felicia first became involved with Ryan, going by Todd Wilson. It seems inconceivable for Felicia to have come across Ryan and had an affair with him in 2003!

Esme Prince Does Seem Much Older Than She Claims

Here is one scenario in which Felicia could be Esme’s mother – but Esme would be much older than she claims – in fact, she could be 30 years old! The flashback scene where Felicia stabbed Ryan was after a period of amnesia when he had put a chloroformed rag over her face and kidnapped her. This was after she saw him kill his wife Gloria Wilson (Julia Ambrose) and broke up with him. It is possible – if Esme is more like 30 than 20 – that Felicia could have been pregnant during that amnesiac period and given the baby away! It’s a stretch, but then the GH writers are really stretching it if they do make Felicia Esme’s birth mother!