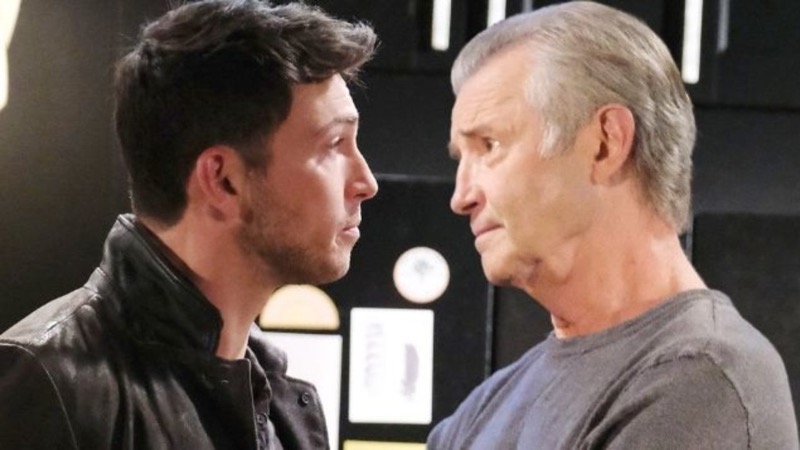 Days of Our Lives (DOOL) spoilers and updates tease that Ben Weston (Robert Scott Wilson) and Clyde Weston (James Read) will share a warm moment over baby Bo Weston (uncredited infant). This will happen in an upcoming DOOL episode!

Not only is Clyde a relieved father when he hears the tale of how Ben stood up to the devil himself – uh, herself – at the cemetery he’s a proud grandpa! He knows that Ciara Brady Weston (Victoria Konefal) and her angelic father Bo Brady (Peter Reckell) were heroes too. Ben tells Clyde that they were the real heroes although he tried his best!

Baby Bo isn’t Clyde’s first grandchild – he has a grandson by his late step-daughter and Evan Frears (Brock Kelly). But Baby Bo is his first grandson by blood, since Jordan Ridgeway (Chrishell Stause) was Clyde’s stepdaughter, although it didn’t make any difference when he tried to protect her baby.

There has been some real change in Clyde since this last prison stint, and he means to keep it that way; he’s working hard on his redemption! Clyde has found it’s a lot easier to be straight than to be a criminal – not so much running and hiding and trying to think up the next scheme! Clyde acknowledges he did his son and stepdaughter wrong when they were younger and he wishes he could take it back, but he knows it’s too late. He’s making it his mission to be a much better grandfather to Bo than he was a father to Ben, and he means to prove it! Clyde even doesn’t mind dealing with dirty diapers and he loves to see the innocence in his grandson.

Clyde knows he needs to prove that he can be trusted around baby Bo to Ciara, even though she’s more welcoming to him than she was at first. She believed in Ben and his changed life and it means a lot to Clyde for her to support his trying to redeem himself also. Just looking at Bo makes Clyde want to make him proud that he’s a Weston and his grandson when he gets old enough to know!

Clyde wants to just hang out with the baby all the time, but he knows that’s not exactly practical! He has his job at Brady’s Pub and his new lady friend, so he has to balance it out – but he’s got lots of baby photos on his phone! 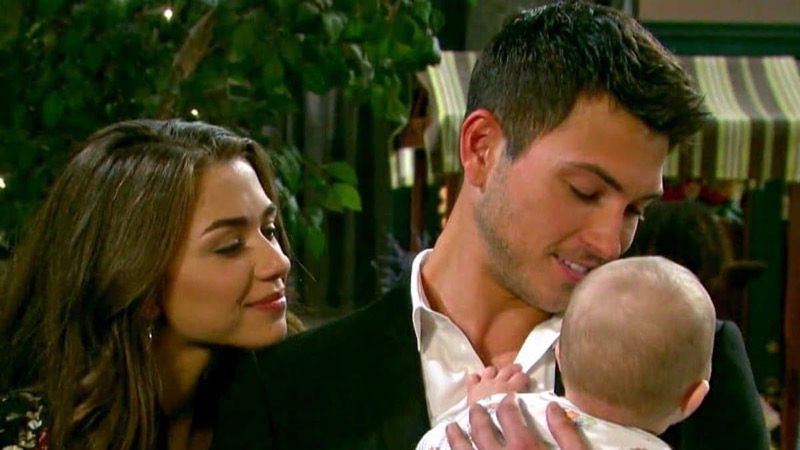 Clyde and Ben share a sweet moment with Baby Bo and it’s an opportunity for Ben to see his father in a new way. Ben marvels at his former con man toughened criminal dad turned to a pile of mush by a baby smile! Clyde talks about Ben when he was that age and wishes he could turn back time and do better by him – he thinks Bo looks like baby Ben. Ben and Clyde’s past wounds are being healed by the innocence in baby Bo and their love for him, and maybe angel grandpa Bo is helping a little with that, too!