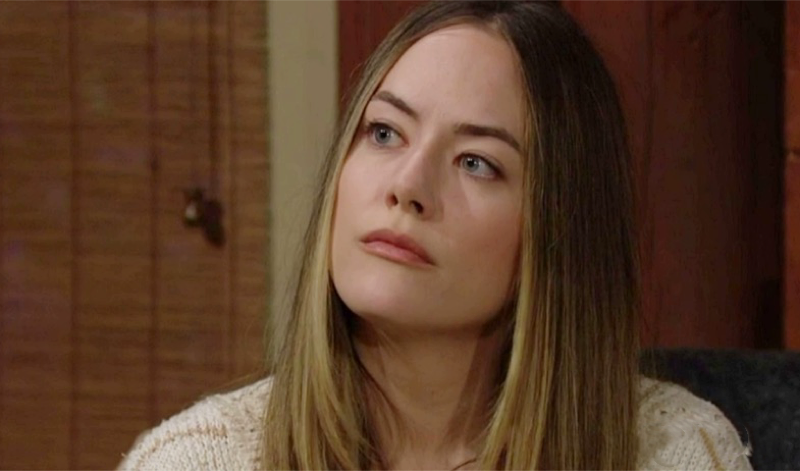 Hope Logan Spencer (Annika Noelle) has plenty to worry about now that her former rival Steffy Forrester Finnegan (Jacqueline Macinnes Wood) is awake. Hope realizes that Steffy’s awakening from her coma is crucial to her recovery, but she thinks Hope’s husband is still her husband! Steffy has awakened with amnesia to where she thinks she’s still married to Liam Spencer (Scott Clifton) and their little girl is much younger!

Steffy woke up and the first thing she did was stroke Liam’s face and called him her big sweet husband! Ridge Forrester (Thorsten Kaye) was there too and Steffy wanted to see Kelly Spencer (Sophia Paras McKinlay) also, which was a concern.

Liam brought Kelly to the hospital where mommy and daughter were happy to see each other, Steffy remarking how big she had grown. There had been a concern that Kelly may ask where her late stepfather was, but it didn’t come up, fortunately. The children haven’t been told about John “Finn” Finnegan’s (Tanner Novlan) death, and Steffy doesn’t remember him and baby Hayes Finnegan (Piper Harriot). Hope can tell the situation pains Liam as well, but he is being told it’s in Steffy’s best interest to just play along for now. The sudden shock of a brutal truth bomb being forced on her could hinder her further recovery and cause even more trauma!

Hope may be influenced by the opinions of her mother Brooke Forrester (Katherine Kelly Lang) who is also concerned for Hope’s marriage! Brooke got in an argument with Taylor Hayes (Krista Allen) that letting Steffy stay in fantasy land serves no good purpose! Hope, like Brooke, is very much a realist and thinks Steffy needs to be told the truth, and that it should come from Liam.

Taylor thinks that her daughter is too fragile mentally to handle the truth, or she wouldn’t have repressed her memories of Finn and Hayes. Luckily, Hayes is still a baby and probably won’t remember a lot about current situations and Mommy in the hospital. 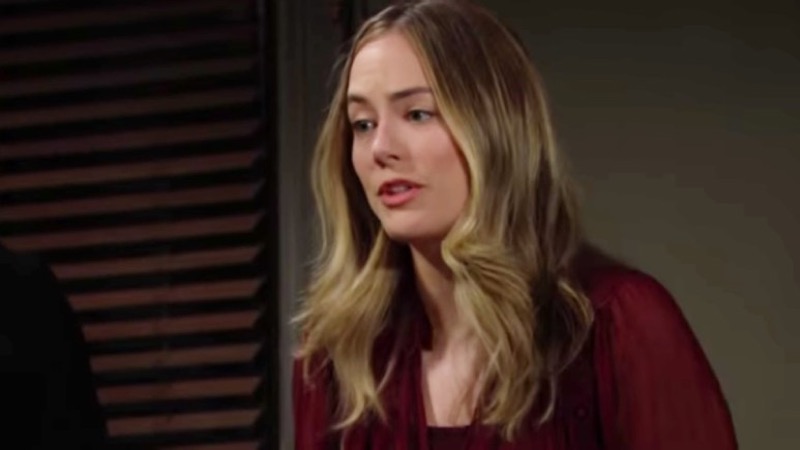 There is no doubt that Finn having been killed likely in front of Steffy caused some major mental trauma, no one is disputing that. But both Hope and Brooke are worried the longer the pretend marriage to Liam is allowed to go on, the more danger! What if Steffy never remembered Finn and their marriage, and worse yet, Hayes; the baby needs his mother and Kelly needs the truth as well! Kelly may soon ask where Daddy Finn is, and why isn’t he visiting Mommy, and Steffy won’t have an answer! That could be even worse for Kelly, who will be confused by her mom’s lack of memories!

Hope will finally convince Liam that it is best to try to break the truth to Steffy gently, knowing it will be painful. It may be realizing that Kelly will be confused and asking about Finn first may convince him to spill the sad tea. Hope knows that Steffy will be devastated, and confused also but in the long run perpetuating a lie won’t help. Steffy herself would agree that letting Kelly think she and Liam had gotten back together when it’s not true wouldn’t be good!