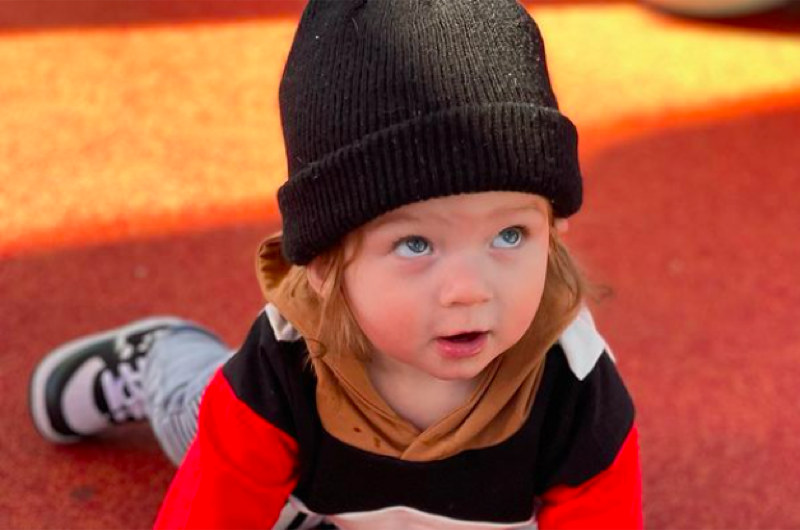 Vanderpump Rules (VPR) fans couldn’t wait for Brittany Cartwright and Jax Taylor to welcome their first child together. Well, little Cruz Michael Cauchi arrived in April last year and his dad just about exploded his heart with love. Over the last year, fans saw plenty of cute photos, and Jax also started an Instagram account for his son. Now he posted a very cute photo of the kid, some Bravo fans agree that he might just be the coolest little dude on the block.

Of all the photos that arrived since his birth, one that showed Cruz with the daughter of Stassi Schroeder melted their hearts the most. Of course, the little kids met each other when they were still very young. Neither Stassi nor Brittany appears on Vanderpump Rules these days, but fans follow them anyway. Actually, they really hope for a spinoff for them. In fact, some fans hope to see them on their TVs long enough to see Hartford and Cruz walk down the aisle. Time will tell if either scenario ever happens. But for now, fans seem contented with seeing regular pix of the cute kids.

VPR fans know that in all likelihood when Cruz turns one-year-old next month, plenty of celebrations will take place. So, that’s a  good reason to keep an eye on what Jax and Brittany share right now. When his six-month milestone arrived, they shared some really cute photos of him. Plus, at one stage, fans raved about the cute little man-bun that Cruz sported. Really, fans think that of all the kids from Vandeprump Rules, he’s probably the cutest kid. This week, a photo arrived that possibly topped all the others for coolness and pizzazz.

VPR – The Coolest Dude On The Block?

Bravo fans know that Brittany is a good-looking woman. Plus, Jax doesn’t resemble the back end of a bus.  So, their son inherited some strong genes and looks to be a heartbreaker one day. Quite often, his parents dress him in big-boy style clothes, which makes him seem even cuter. These days, his hair, which started out dark, faded to blond and he wears it quite long. Often, like a young teen, he wears his cap back-to-front. No wonder fans adore seeing him looking so hip and cute all at the same time. In his latest post, Jax wrote, “One cool dude. 😎”

VPR fans might think that all Cruz needs is some leathers, helmet, boots, and a Harley Davidson and he’d be ready to take on the nightlife in Hollywood. Nevertheless, for now, he just gets all the comments about cuteness, which kind of dents that image a bit.

Cruz is only a year old, and already he has nearly 200K followers on Instagram. It’s almost impossible to imagine just how many fans said that he’s “cute.” Well, the latest post was no different and plenty of people, agree that he’s not only cool but very cute, as well.

VPR fans didn’t all just get stuck with saying one word. here are a few other comments:

He is so handsome 😍 I love his little arm rolls. I’m sure they’ll be muscles one day❤️.

How can you not fall in love with this little guy? He is so adorable.😍

That’s the Jax 😠 coming out in him, but the Brittney 😇 is shining through too. 😂😂

Hahaha love this. He looks like a little badass😂.”

Be sure to catch up on everything happening with the cast of Vanderpump Rules right now. Come back here often for more VPR spoilers, news, and updates.