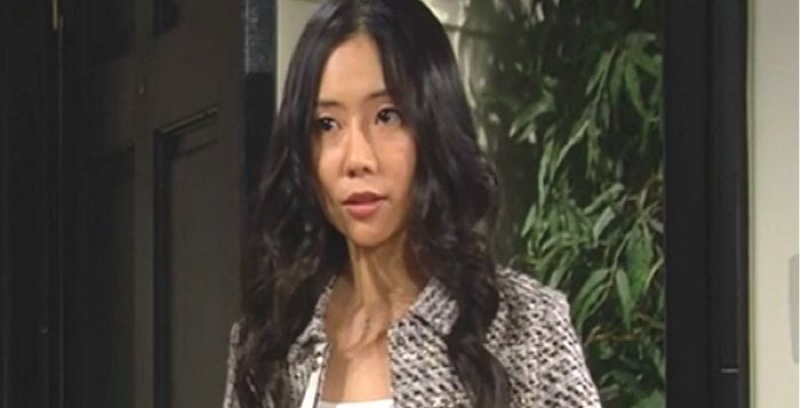 Allie’s decision to return to her late father’s home, before Jack and Phyllis Summers (Michelle Stafford) were still in it allowed a door to remain open. Rather than simply meet Keemo Volien Abbott’s (Philip Moon) daughter, Jack was moved when his granddaughter offered to get together with him if he returned to Los Angeles, California in the future.

Jack’s reciprocation indicated that Y&R’s new cast member was not inked to appear in a few episodes. Yes, Allie telegraphs to be seen in Genoa City, Wisconsin.

The Young And The Restless Spoilers – Hao Nguyen Resolved His Feelings

Keemo changed his name to Hao Nguyen for more than one reason. That was the name of his mother’s (the late Luan Nguyen Volien Abbott) father.

Breaking from Jack in the mid-1990s hurt Keemo. He felt compelled to return to Vietnam with his sister, Mai Volien (Marianne Rees), who Luan had during her first marriage to another man, years after Jack returned to the United States after serving in the military during the war.

As Keemo’s unsent letters to Jack are revealed, he forgave his father toward the end of his life.

Who is the unknown texter that contacted Jack? An easy answer is that it is Allie.

She knew that Jack and Phyllis were from GC, even though they did not tell her that information. But today’s internet world allows personal information to be readily accessible. If Allie was the texter, she probably did not have a hard time determining who Jack was due to his famous last name.

If his granddaughter was not the person who contacted him, someone else did. An easy answer could be that her mother did it, with that character potentially entering the storyline as well.

But since this is soap, it is not out of the question to think that Keemo is still alive. His choice to not be in contact with Jack could still be in effect, though that would turn what appears to be a sweet story into a darker tale.

Phyllis has digital skills. She intends to use them and get answers for the man she is falling back in love with.

Jack and Traci Abbott (Beth Maitland) were totally on point in praising Phyllis’ support during the LA trip. It feels as though she will continue to help her potential revived soul mate by confirming the identity of the texter as this intriguing storyline continues to unfold.

Days Of Our Lives (DOOL) Spoilers: Allie And Chanel Decide To Explore Their Attraction!