The Bold And The Beautiful (B&B) Spoilers: Sheila Attacks After Reveal – Most Likely Victim List 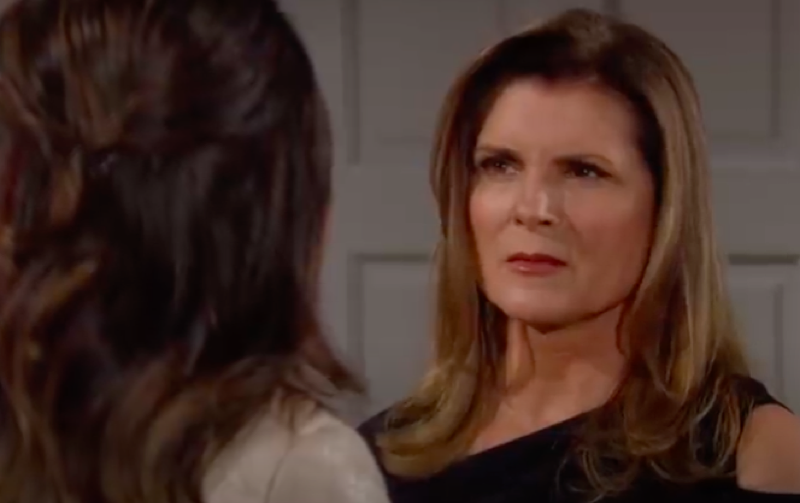 The Bold and the Beautiful (B&B) spoilers document that Sheila Carter (Kimberlin Brown) is uneasy. That is never a good state of mind for B&B’s arguable all-time leading villain to be in.

She is the reason for her fragile mental position. Sheila is applying increasing pressure to Thomas Forrester (Matthew Atkinson) because she foolishly told him how she got Brooke Logan Forrester (Katherine Kelly Lang) to drink again.

Thomas is a leading candidate to face reprisal if he tells anyone what Sheila did.

The Bold And The Beautiful Spoilers – Rationalizing Silence For The Cause

The cause is Taylor Hayes (Krista Allen) finally having an opportunity to re-establish her relationship with Ridge Forrester (Thorsten Kaye). That has not been possible for many years in real-time and even longer in soap time.

Ridge readily admits that Brooke is his greatest love. But he has concluded that love is not enough.

Not being able to trust Brooke, following the revelations about her New Year’s Eve night into the next morning, Ridge feels wiped. With trust broken and Brooke unable to restore their connection with explanations, Ridge moved to the cliff house and is open to Taylor once more.

The Bold And The Beautiful Updates – Steffy Forrester Finnegan Is Aware

Steffy Forrester Finnegan (Jacqueline MacInnes Wood) knew something was off when she saw Thomas talking to Sheila on his phone. He has no reason to be in touch with her, let alone argue.

It was good Steffy followed Thomas to Il Giordino’s back alley. Upon arriving, she witnessed him continue his intense conversation with Sheila, furthering the questions Steffy was developing about this odd connection.

Wood is scheduled to have her third baby this spring. She slapped Sheila hard in the face on two occasions since Brown’s character returned but received no reprisal in either instance.

Sheila has not forgotten the slaps. Steffy would not be inclined to reveal what Thomas knows after learning it. But Sheila may not realize that and attack her. 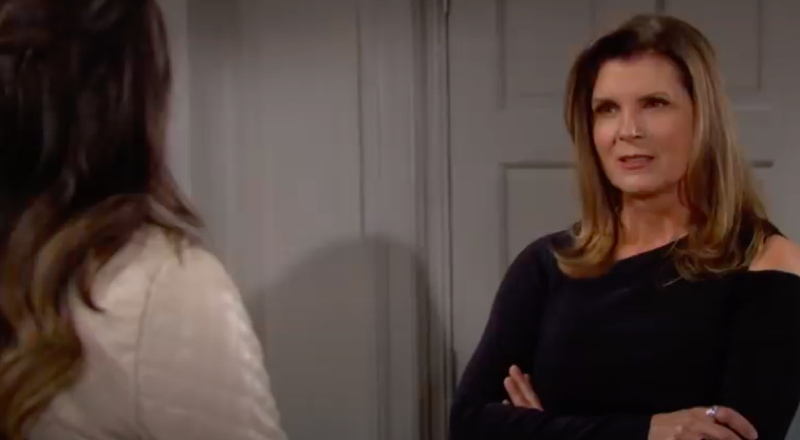 One Of Ridge Forrester’s Loves

Brooke is an obvious choice to be targeted by Sheila if this villain’s world collapses. But Taylor should not be dismissed as a target.

While Sheila has come to admire Taylor, based on the forgiveness she is offering, Allen’s character could feel compelled to tell Ridge the truth if her children relay it to her. Sheila would need to stop that decision using any means necessary on B&B.

Days Of Our Lives (DOOL) Spoilers: Eli Wakes Up A Changed Man!

The Young And The Restless (Y&R) Spoilers: Diane Needs To Be Arrested – Jack’s Relationship With Allie Threatened